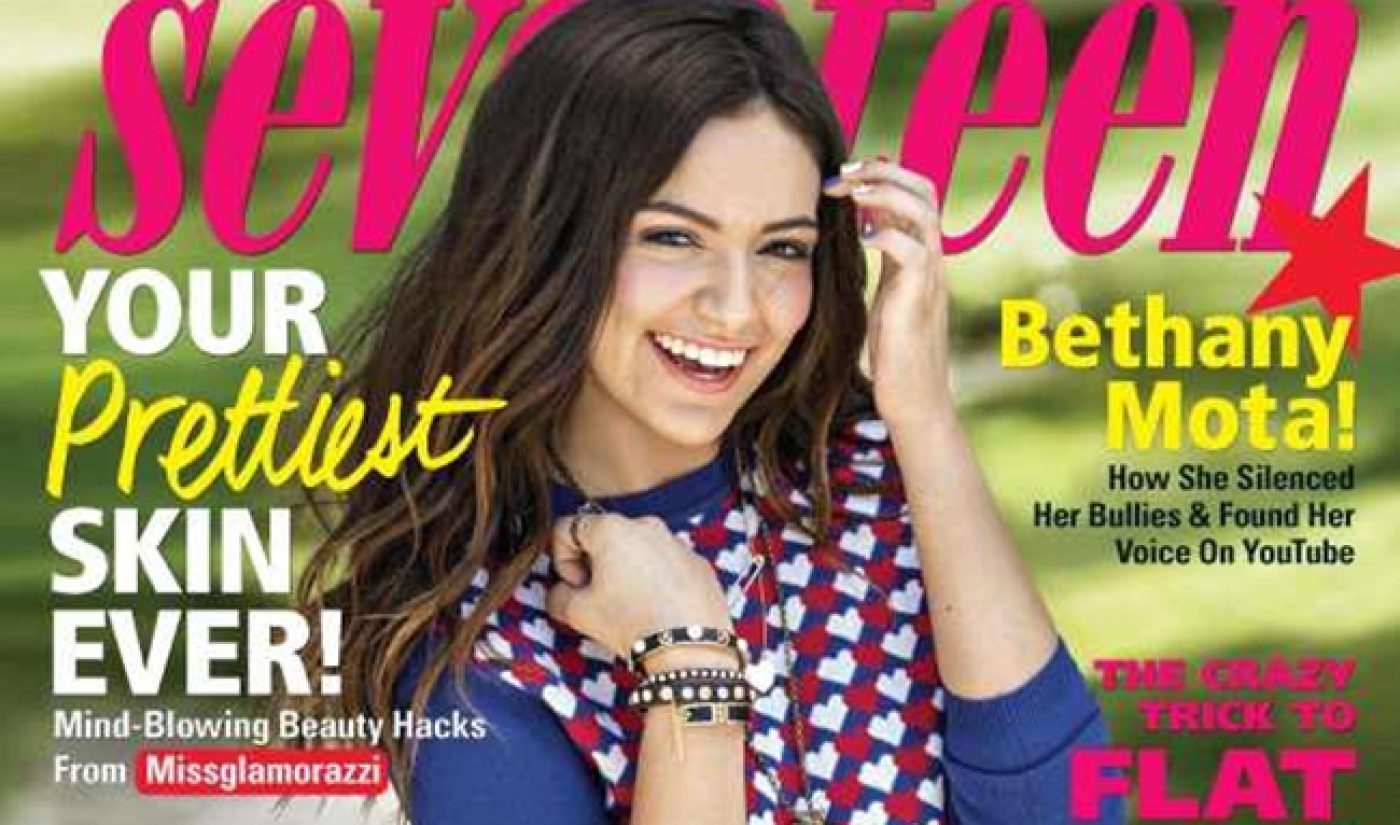 When the new issue of Seventeen Magazine hits newsstands on September 16th, YouTube viewers will recognize a familiar face smiling at them. Bethany Mota, whose fashion videos have allowed her to amass an audience of 7.2 million “Motavators,” will be featured on the cover of the popular teen mag. Inside, several of Mota’s fellow YouTubers will join her, as the October 2014 edition of Seventeen will be the magazine’s first ever “YouTube Issue“.

In addition to Mota, Seventeen has enlisted 30 different YouTubers for its upcoming issue. Ingrid Nilsen (AKA Missglamorazzi) will offer skincare tips, Blogilates host Cassey Ho will share her workout routine, and Michelle Phan will discuss her powerful beauty brand. Other YouTubers featured in the issue include Zoella and Shane Dawson, who we can only assume will be sharing some choice cross-dressing advice.

Mota’s contribution will take the form of an interview regarding her life on YouTube. The recent Streamy Award winner is currently featured on Seventeen’s website, where a few choice quotes from her feature are paired with a few of her current looks.

It’s not surprising that Seventeen is devoting an entire issue to YouTube. In the past year, the Hearst-owned magazine has made online video a priority by scaling up its YouTube channel and launching its own multi-channel network of fashion, beauty, and style creators. By focusing on YouTube, Seventeen is giving the online video community the multi-platform presence its stars crave while also offering readers the same content they have come to expect from the longest-running teen mag in the US.