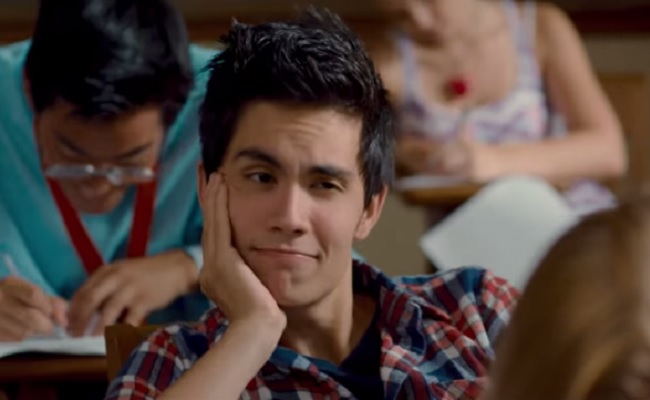 After four years of preparation, Kurt Hugo Schneider’s feature-length film has been released, but in a very unconventional way. College Musical debuted last night on Schneider’s YouTube channel as a live stream, and now it’s available for download on iTunes.

While a total viewer count for the live stream isn’t available, a tweet from Schneider reveals that it reached at least 10,000 viewers at once:

A few hours after that, he tweeted that the hashtag #CollegeMusical was trending on Twitter:

YOU GOT US TRENDING ON TWITTER!! thx for everyone who tuned in, you’re the best fans! College Musical… http://t.co/rrVj5qKycg

If you missed the live stream last night, you can now download College Musical from the iTunes store. There, the film already has a rating 4 ½ stars; granted, most of these probably came from the people who left comments like “I can’t wait!”

Despite its premature rating, the film is a testament to the ways YouTube creators are generating buzz about their work and finding other revenue streams in addition to YouTube pre-roll ads. Earlier this year, for example, Camp Takota (starring Mamrie Hart, Grace Helbig, and Hannah Hart) was distributed on its own site for $9.99 with the help of VHX. So where Netflix’s Ted Sarandos is challenging the way traditional television is produced and released, YouTubers are paving their own paths by experimenting with the way movies are delivered and monetized.

Quite frankly, that seems to be what the fans want. Hopefully, with Schneider’s success with College Musical, we’ll see more of this kind of strategic, business-like thinking from more creators in the future.