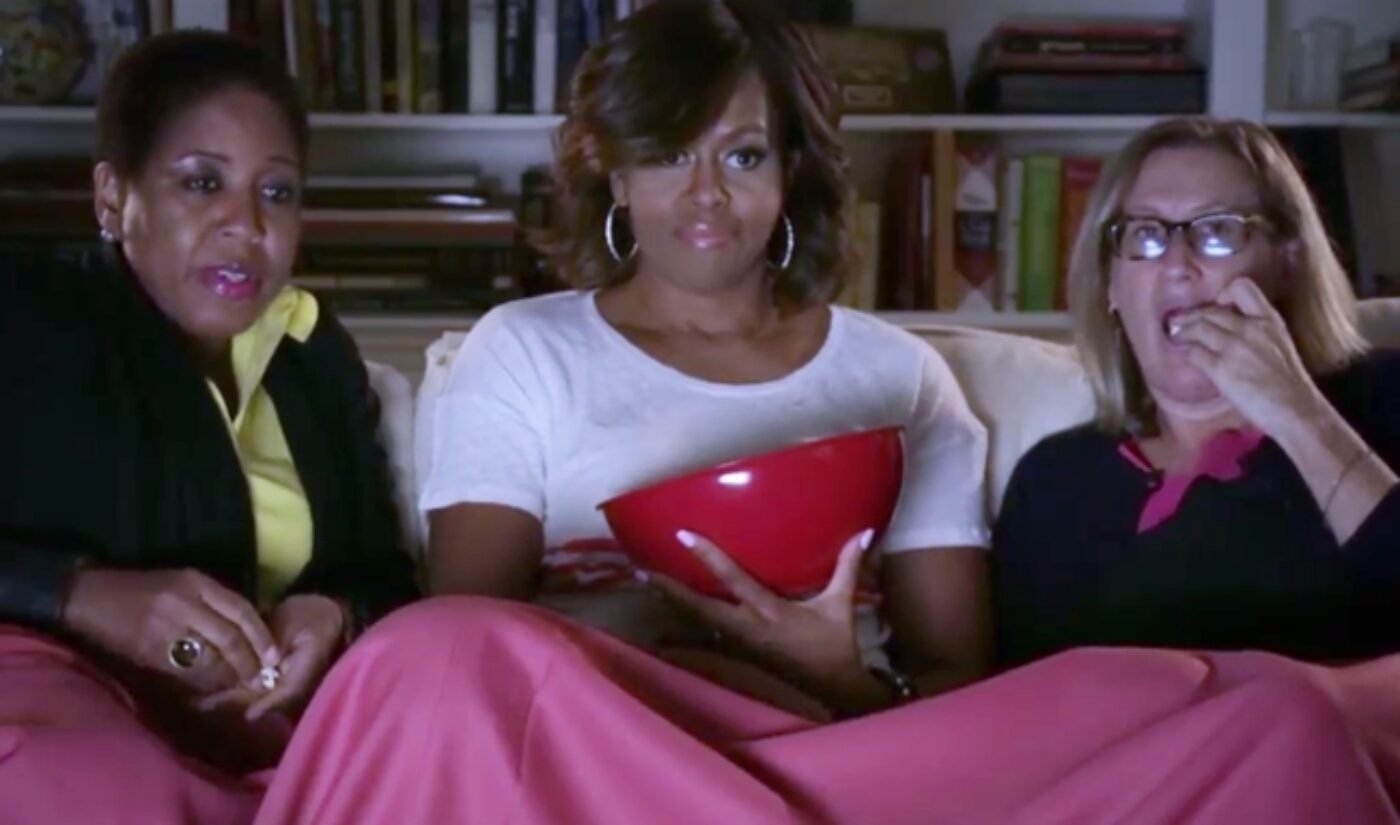 Funny or Die just can’t get enough of the Obamas. The humor website’s collaboration with the President has been one of the most-shared videos of the year, and it has now teamed up with the First Lady, too. Michelle Obama has a brief cameo in “Snackpocalypse“, a fake trailer starring Chloe Grace Moretz and Tyler Posey.

While the First Lady makes only a brief appearance in the video, “Snackpocalypse” is very much in line with the healthy eating campaign that has defined her time in office. Moretz plays a girl who stays committed to fruits and vegetables even as a junk food binge led by class president Clark Duke turns an entire university into zombies. Moretz’s only ally is Posey’s character, whose tendency to speak only in post-apocalyptic movie cliches is mocked throughout the three-and-a-half minute trailer.

The video is a clever branded tie-in for The First Lady’s Let’s Move! program. Her husband used Funny or Die as a promotional tool, too; his appearance with Zach Galifianakis on Between Two Ferns supported the Get Covered campaign to great effect. We can only assume that Sasha and Malia are up next.