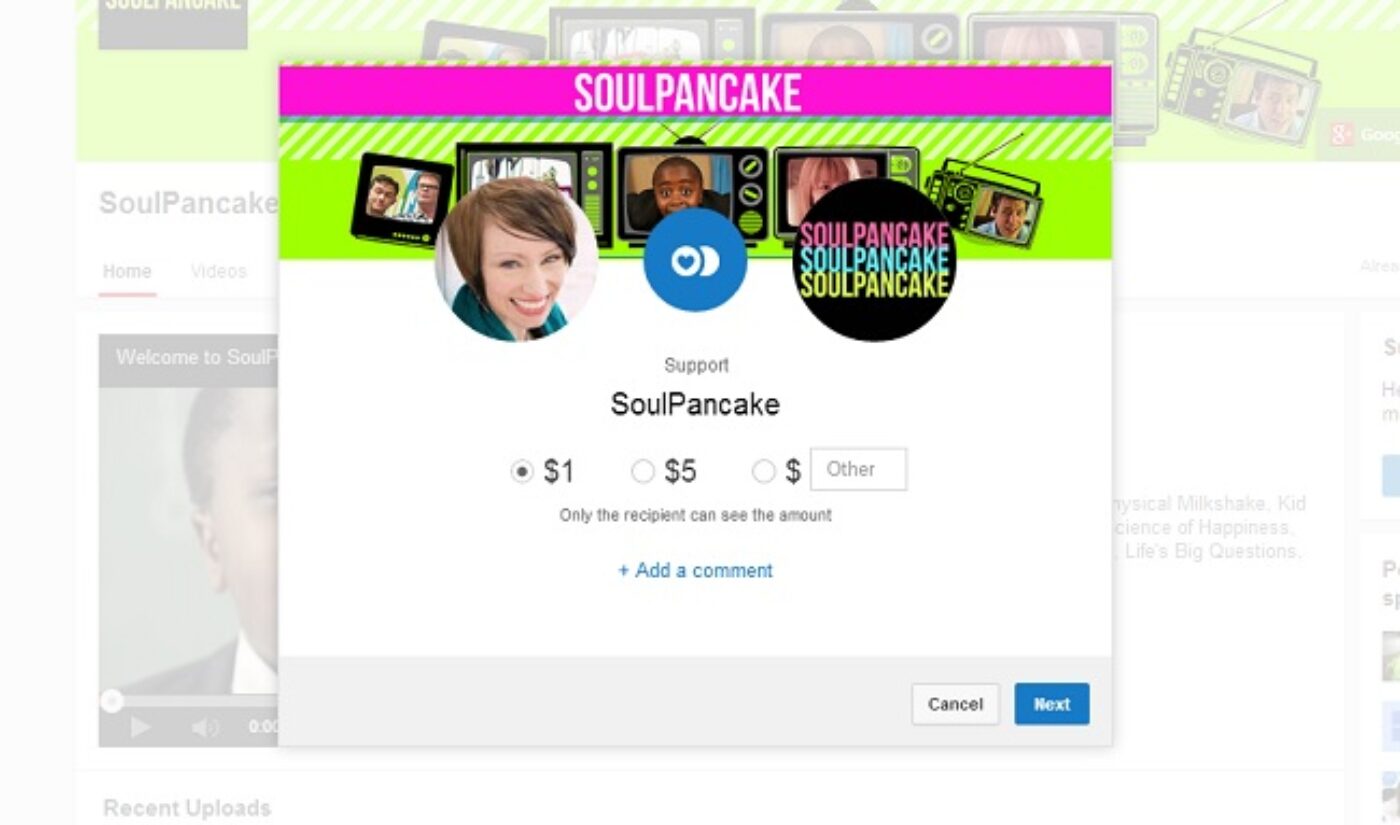 This past June, YouTube CEO Susan Wojcicki announced several new developments in the works at the online video site’s headquarters, one of them being the addition of fan funding. Now, that project has been released as a beta in four different countries, allowing viewers the ability to donate to their favorite creators directly through YouTube.

While other countries will be added later, online video viewers in the United States, Australia, Japan, and Mexico can now see the fan funding icon in the upper left-hand corner of videos whose creators have been selected to accept donations during the beta (so as of right now, this feature is not available for all YouTubers). You can click the icon to view the creator’s “tip jar,” and then click “support” to donate an amount of your choice (up to $500). In some cases, the icon will expand out into a banner, asking you to support the channel. Some creators, including Soul Pancake, Dulce Delight, and Steve Spangler Science, have support buttons on their respective YouTube home pages. All donations will be processed using Google Wallet, and YouTube will only keep a small amount for themselves to handle the transaction. The fee varies per country, but YouTube is being generous and keeping it pretty minimal. In the US, for example, YouTube keeps 5% plus 21 cents, so a fan’s donation of $20 would still put over $18 in the hands of the creator. Fan funding works on regular desktop and laptop browsers, as well as on the YouTube Android app, version 5.7 or higher (Google’s support page says support for other platforms is coming soon).

YouTube’s fan funding is a direct answer to the reality that their pre-roll ads, which often fail to provide livable financial revenue, were causing independent creators to head outside of the site for funding. Sites like Indiegogo, Kickstarter, and Patreon are still legitimate options for these creators, but the fan funding gives them another venue for income.

Wojcicki noted at VidCon that YouTube is the only social media platform that’s ever paid content creators, and the fan funding development was just one more way to show they support the talent who uses the site as their video home. Hopefully, this initiative opens doors for even more exciting opportunities for fans to support independent creators.