During A Week Off, John Oliver Makes Fun Of YouTube Commenters 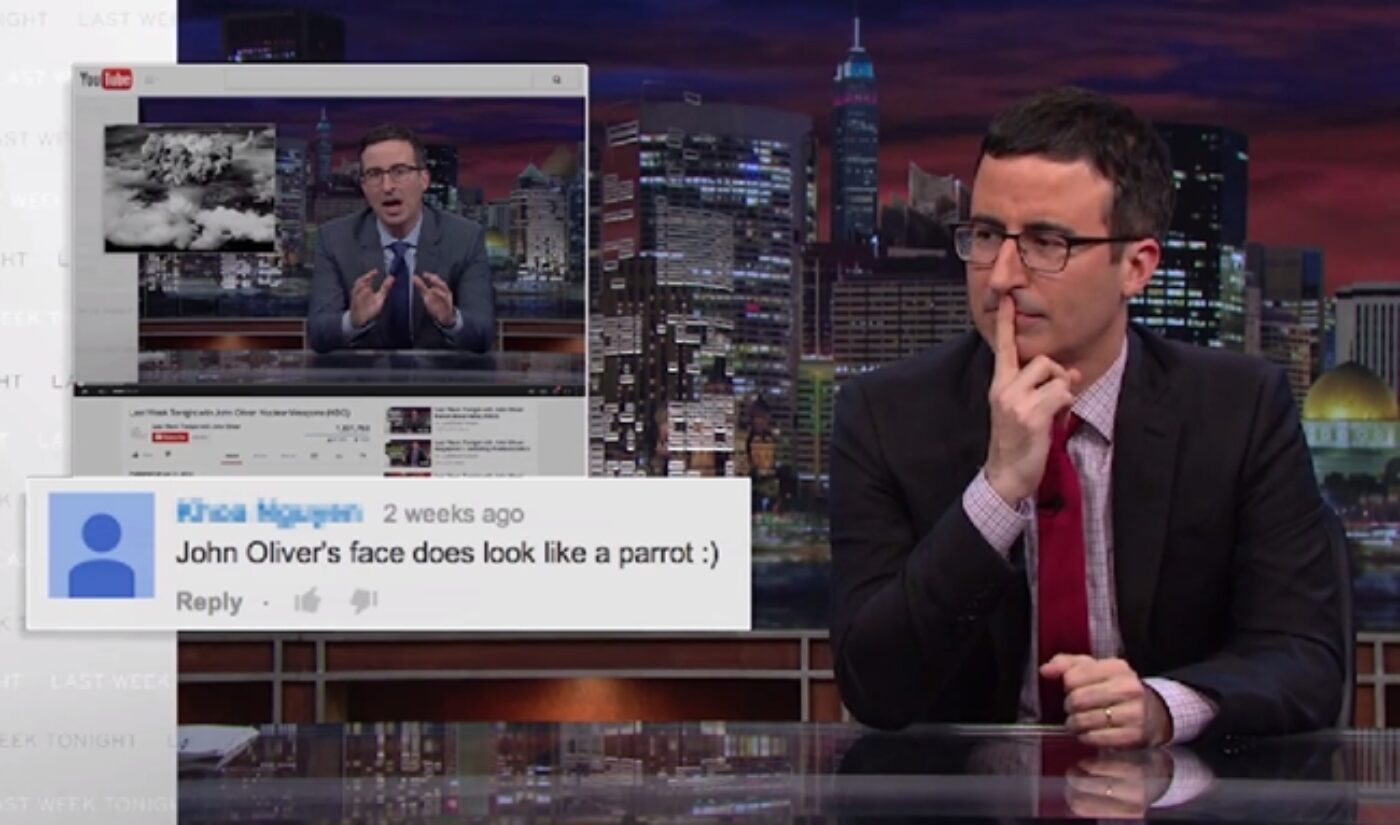 John Oliver and his team at Last Week Tonight are paying attention to YouTube, and their latest video proves it. During an off week, Oliver starred in a video where he reads YouTube comments and riffs on them.

The new video is only available online, and it includes a number of comments typical of YouTube’s infamous commentariat. Oliver cracks jokes about his apparent resemblance to a parrot, gawks at a viewer who insults him in Spanish, and pokes fun at a user who calls him “brillent.”

In its first half year, Last Week Tonight has established a power online presence that complements its weekly appearance on HBO. During that time period, the official YouTube channel of the mock news program has brought in 637,000 subscribers, and its videos have combined to receive 74 million views.

Oliver owes much of this online success to his monologue videos, which often take on social justice issues. Thanks to their topical nature, these videos are often shared on blogs like BuzzFeed, Upworthy, and Mashable, creating a wave of viral interest.

YouTube is a big part of this strategy. Like Jimmy Fallon, Oliver knows where people are watching his videos, and most of them aren’t tuning in on Sunday nights at 11. His commentary comments aren’t the funniest on YouTube, or even the most British, but it’s a nice tip of the hat nonetheless.