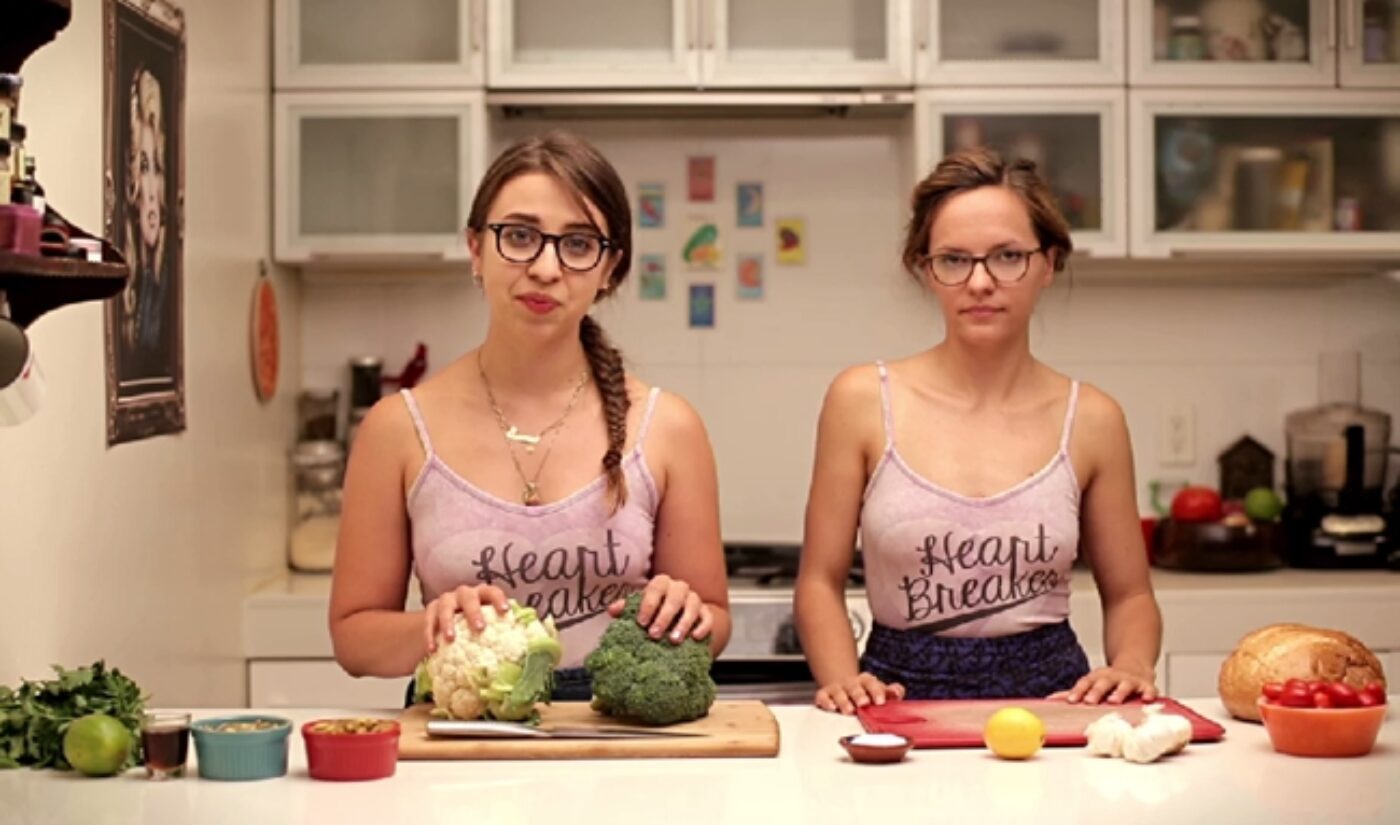 Web series about young people looking for love in the city have been done to death, as have online cooking shows featuring healthy eats. As it turns out, the only thing these two well-tread formats needed was each other. Eat Our Feelings is a hybrid between a cooking show and a sitcom, and it is one of the most promising new web series of 2014.

Eat Our Feelings stars Emma Jane Gonzalez and Sasha Winters as a pair of single ladies navigating their lives in the big city. Invariably, they always attempt to solve their problems with food, which leads into the kitchen-based portion of each episode. In the first episode, for instance, Gonzalez and Winters attempt to use a grilled cheese/pepper soup combo to one-up a man who sells sandwiches in the park.

The sitcom sections bookend the cooking show, and these two elements combine to form a symbiotic relationship. Gonzalez and Winters spend their time in the kitchen quipping at each other, which breathes a lot of energy into their instructions. Meanwhile, the presence of usable recipes gives the show’s oft-used setup a twist that sets it apart from other similar offerings.

Eat Our Feelings is much more than just a clever combination. Gonzalez and Winters have great chemistry that injects plenty of laughs in their web series. It is also impeccably shot, with beautiful cinematography highlighting each step of the cooking process. The second episode is directed by Adam Goldman, whose work on Whatever This Is and The Outs has established him as one of the web series community’s brightest creators.

As it so happens, Eat Our Feelings is currently seeking funds on Kickstarter for a full season. I urge all of you to contribute whatever you can, because I want to see more of this series as soon as possible.