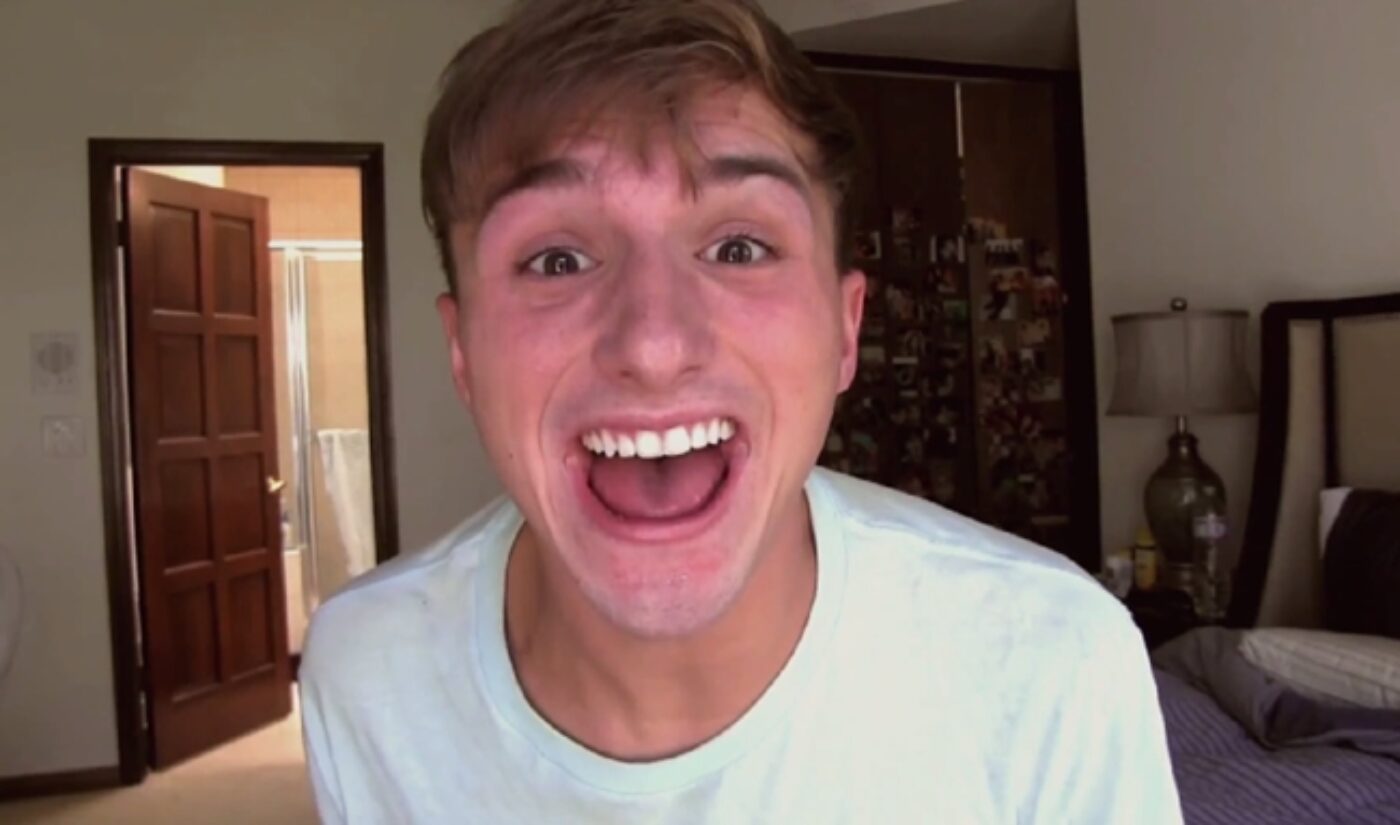 Prepare your eardrums: Fred is back. The hyperactive, squeaky-voiced character portrayed by Lucas Cruikshank has returned to YouTube on his relaunched home, which was once the most popular channel on YouTube.

Fred was relaunched on August 5th by Collective Digital Studio, which is partnered with Cruikshank. The first new videos did not go over well with the channel’s fans. Instead of Cruikshank, viewers were introduced to a “New Fred“, who featured all the screech of his predecessor without any of the charm. New Fred was purported to be a creation of the “Yuksung Corporation”, a fictional company that, according to its website, specializes in “construction, financial services, discount product manufacturing, prison management, chemical production, novelty breakfast cereals, and most recently (with the acquisition of the FRED YouTube channel and related characters in July 2014) children’s entertainment.”

Over the next couple of weeks, a storyline emerged through which viewers learned that Yuksung held the original Fred hostage and forcibly replaced him with their new creation. As a result, Cruikshank shot a video where he went to Korea to save his alter ego. Thanks to that twist, a change that had infuriated Fred fans was instead revealed as a sharp satire of corporate interference.

Now, Fred’s back for good, and he wants all his fans to join him. Cruikshank is “opening up the channel” to his fans by advising them to send in their own tributes to the Fred character. “Think of this as an expansion on the original FRED Channel, with the same spirit of irreverence, and a really talented group of new kids creating cool stuff.  Plus we’ll be creating opportunities for fans to upload their own content,” said Cruikshank. “Fred Figglehorn will make the occasional appearance and so will I.”

Once upon a time, the Fred channel sat on top of YouTube. It was the first channel to ever reach a million subscribers and was one of the first to head to traditional media, a jump it accomplished through a TV film called Fred: The Movie. For the past two years, though, the channel has seen only sporadic updates, with Cruikshank moving his online video presence to the Lucas and Jenny channel he runs with his friend Jennifer Veal.

That period of inactivity is now over. Love him or hate him, Fred is back.