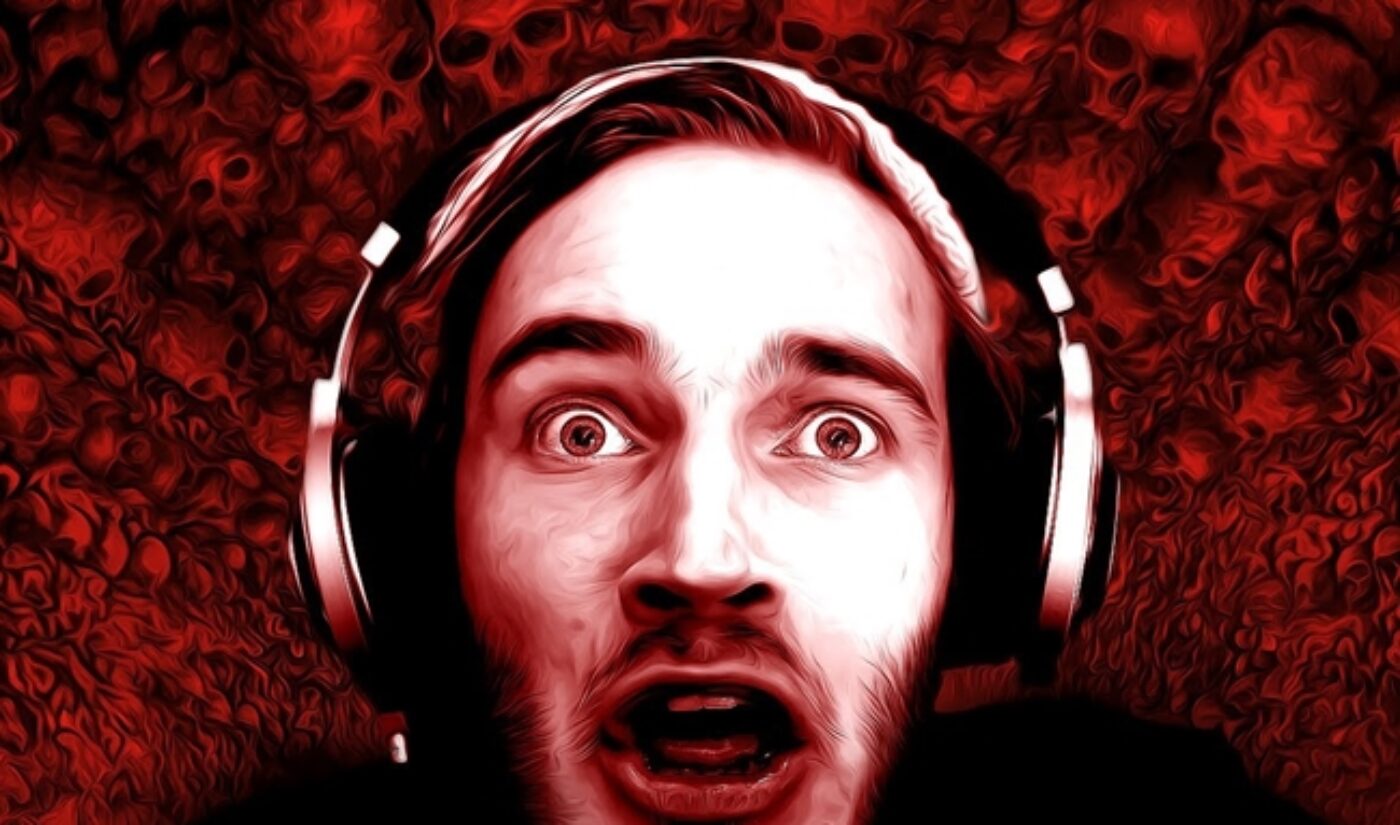 The horror film As Above, So Below arrives in theaters on August 29th, and like many other movies, it is leveraging YouTube for some pre-release buzz. PewDiePie, whose  30 million subscribers make him the most popular personality on YouTube, has completed a two-part video series in which he makes his way through a haunted house based on As Above, So Below‘s Parisian setting.

As Above, So Below takes place in the catacombs of Paris, where more than six million people are buried. In April, a partnership paired the film with PewDiePie, who is best known for his histrionic reactions to horror video games. In order to help promote the film, PewDiePie agreed to undertake the “Catacomb Challenge“, where he would give his reactions to a recreated version of As Above, So Below‘s main setting. He even brought his fans into the process by asking them to choose the scares he would face along his journey.

Two weeks before As Above, So Below‘s release, PewDiePie released the first half of his “Catacomb Challenge”, with the second part arriving a day later. While the videos take PewDiePie away from his typical video game format, they offer all the assorted shrieks and yells that have become a key part of PewDiePie’s YouTube identity.

Many movies offer up a pre-release blitz of branded videos, but the “Catacomb Challenge” is As Above, So Below‘s only collaboration with a YouTuber thus far. It’s a fitting partnership that fits naturally into PewDiePie’s online personality, and judging by its share rate, it has done its job well.