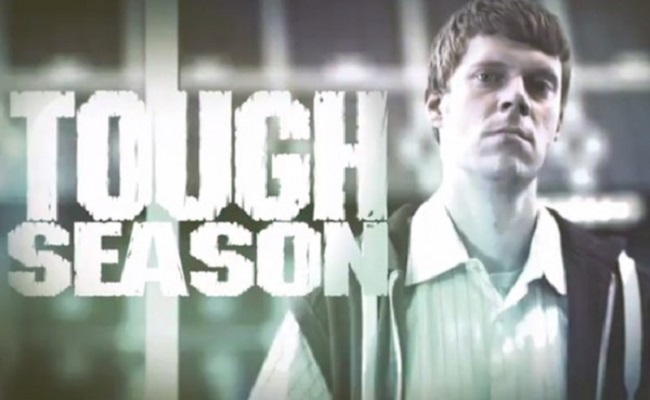 If you simply can’t wait for football season to start, get your fix of the rough-and-tumble sport from another outlet. The Onion has again partnered with Lenovo and DigitasLBi to bring the online video masses season two of its fantasy football-themed web series, Tough Season.

Real-life NFL players graced the screen in the first season of Tough Season. Matt Forte, Andrew Luck, and more played themselves and helped Blevins with his Fantasy Football strategy. We’ll see many of those athletes again this season, not just in the series but also interacting with Blevins, The Onion, Lenovo, and other players and teams in real-time through Twitter.

Tough Season’s inaugural eight episodes pulled in 13.5 million views using these same transmedia tactics, but this year The Onion and Lenovo are beefing up the roster. They plan to release 13 episodes (five more than last year), four bonus videos including an already-live music video, and a completely new original series from Onion News Network called Owner’s Box. The 13-episode series is modeled after Showtime’s Inside the NFL, and talks about (of course) fantasy football news, with a specific focus on Tough Season’s Brad Blevins.

In true mockumentary style, Tough Season not only gives you some laughs, but makes you realize there are people out there who take fantasy football as seriously as Blevins. Whether or not you’re worried by that, you can view episode one of season two on Lenovo’s YouTube channel.