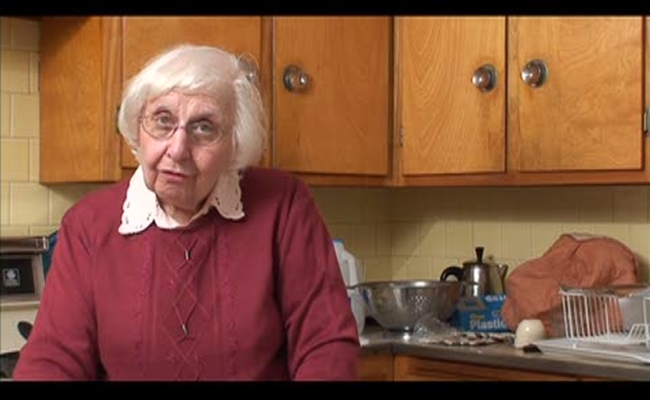 The Internet’s very own Jewish grandmother has passed away. The host of the web series Feed Me Bubbe died on August 7th after a brief illness. She was 87.

“Bubbe never wanted the spotlight,” said an email sent by Chalutz Productions, the studio behind Feed Me Bubbe,” and therefore never revealed her real name.” Whether she wanted attention or not, Bubbe got a fair bit of it from her cooking show, which first appeared on our radar back in 2008. In each episode of Feed Me Bubbe, she taught viewers how to make a different Jewish specialty, with her grandson Avrom (the founder of Chalutz Productions) by her side. Along the way, viewers learned how to cook everything from blintzes to cabbage to chicken soup.

The best parts of Bubbe’s videos were the little anecdotes she shared while preparing her cuisine. She conveyed a warm, family-friendly personality, and she taught her fans a thing or two along the way. In the end, Bubbe’s videos will be remembered as the same way as her schnitzel: They are comfort food. Hearing Bubbe enthusiastically describe her latest dish recalls memories of Old Country cuisine and sends any Jew back to his or her childhood.

While Bubbe has passed on, her spirit lives on in both the kitchen and the bookstore (she published her own cookbook in 2011.) We would like to both send our condolences to her family and urge our readers to check out the culinary creations that can still be found on her channel.