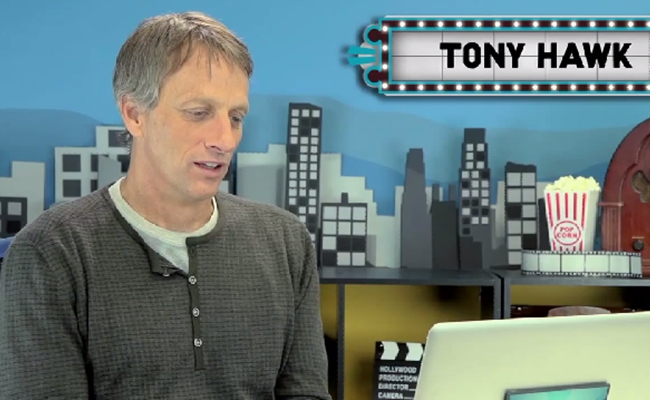 The Fine Bros Give TV, Film, And Sports Stars Their Own React Episode

The Fine Bros have come up with another new spin for their React format, and it involves guest stars who have established themselves on traditional media platforms. On August 14th, Benny and Rafi Fine will debut “TV, Film, and Sports Stars React“, a special edition of their most popular series.

This will be the fifth version of React (or the sixth, if you could their “Cats React” April Fools joke), joining Kids, Teens, Elders, and YouTubers React. The trailer features ten guests who, in typical React fashion, will be subjected to whatever viral video The Fine Bros choose to show them. The ten guests in the trailer are Maria Menounos, Sarah Hyland, Nick Cannon, Tony Hawk, Emily Osment, Aimee Teagarden, Debby Ryan, Chris Hardwick, Pete Holmes, and James Van Der Beek; from the looks of it, the video they will react to will be a bizarre one.

This won’t be the first time a traditional media personality takes a bow on The Fine Bros’ channel. Previously, Game of Thrones star Maisie Williams took a break  from sticking people with the pointy end to offer her thoughts on some viral videos. Maisie appeared most recently in the latest episode of Teens React.

This time, the cast includes a number of stars with ties to the online video community: Hardwick runs the Nerdist channel and hosts a TV show that riff on social media, Holmes’ TBS show produced great YouTube content until it was cancelled earlier this year, and Cannon has brought several YouTube and Vine stars to his show Wild N’ Out.

At the same time, many of the featured stars have little connection to web video, and that makes sense. The Fine Bros are trying to transition into traditional media, and giving the TV world some seats at their table seems like a good way to further that goal.