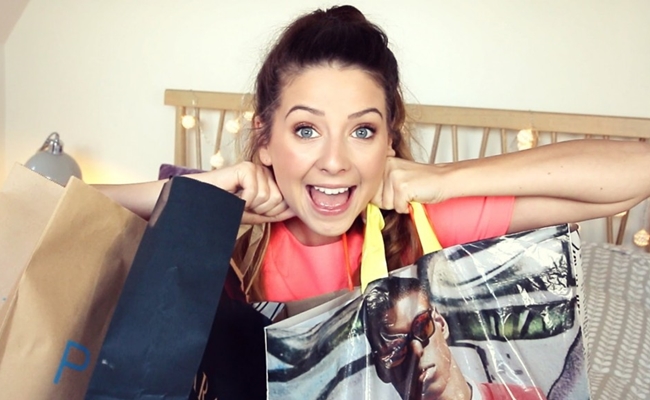 Multi-channel YouTube networks are flying off the market, and StyleHaul may be next. According to Variety, the fashion-focused MCN is in talks with several suitors, including Amazon, 21st Century Fox, Hearst, and Condé Nast.

StyleHaul is the latest MCN to draw interest from major media corporations. This wave of Internet was set off in March, when a rumor surfaced that linked Disney to Maker Studios. Sure enough, a deal was closed two weeks later, with Disney purchasing the thriving MCN for a base price of $500 million. Four months later, AT&T and The Chernin Group invested in one of Maker’s closest competitors, paying between $200-$300 million for a majority stake in Fullscreen.

That brings us to StyleHaul. Stephanie Horbaczewski‘s MCN is a specialized one. Many of its creative partners focus on fashion, beauty, and style, with top YouTube channels like Zoella, cutepolish, and StilaBabe09 leading the way. StyleHaul also partners with a number creators–such as iJustine, Joey Graceffa, and Strawburry17–who appeal to the same young female demographic without focusing on fashion or beauty. In that sense, it is a particular viewer, not a specific category, that StyleHaul targets. StyleHaul’s focus on fashion relates to its target demographic in the same way Machinima’s focus on gaming relates to its own “core fan.”

This quality makes StyleHaul an interesting target. As Peter Kafka writes over at Recode, StyleHaul’s ability to hit a specific target audience could help it achieve a high valuation from its potential purchasers. In particular, Hearst and Condé Nast seem like particularly intriguing suitors, since they could weave StyleHaul’s network into their respective beauty and fashion publications. We’ll keep an eye out to see if anyone bites.