Hannah Hart’s ‘My Drunk Kitchen’ Book Is Now In Stores 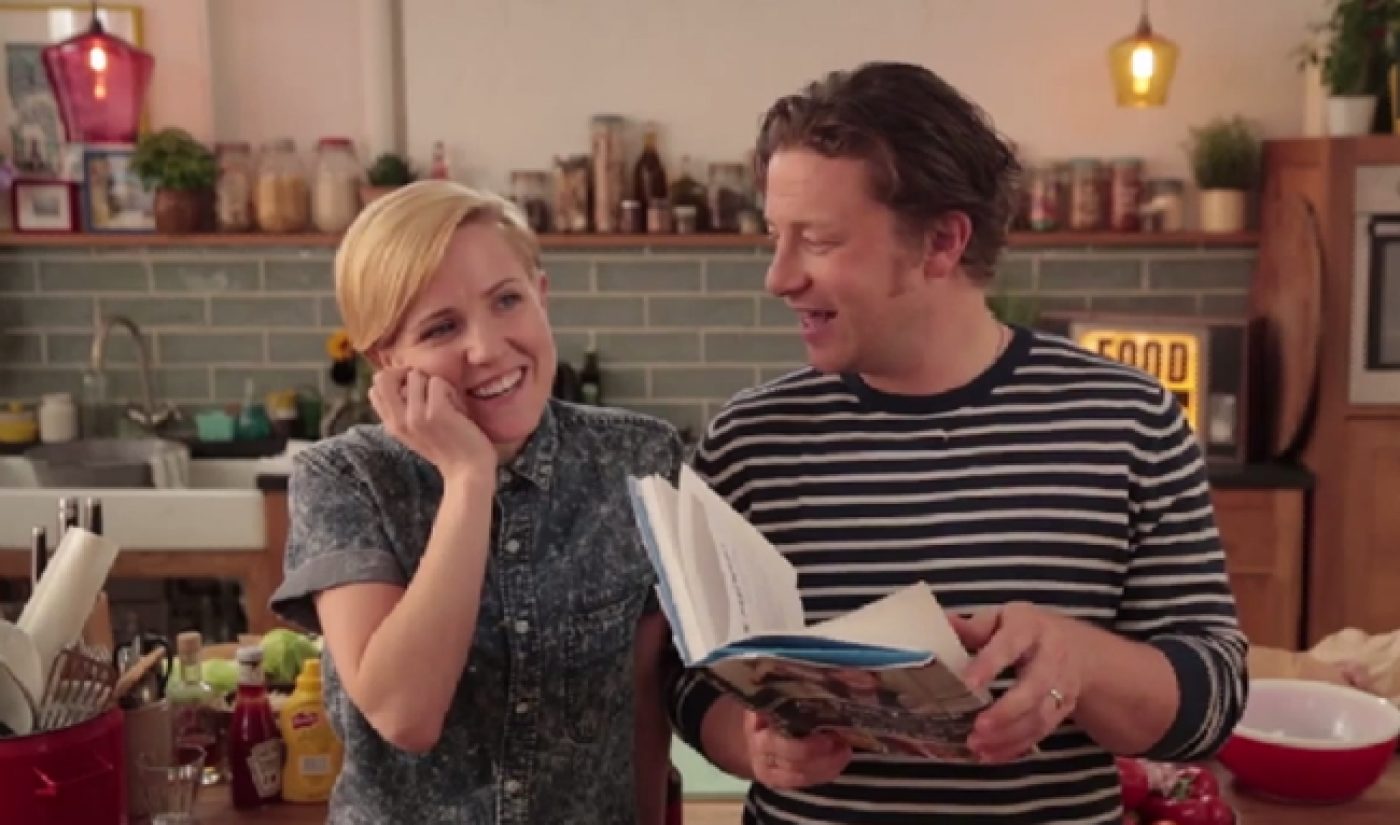 Hannah Hart is officially in print. The My Drunk Kitchen creator has offered her fans a recipe book that teaches readers how to make their own booze-fueled culinary creations.

The book is officially titled My Drunk Kitchen: A Guide To Eating, Drinking, And Going With Your Gut. It is readily available on Amazon, where it first became available for pre-order at the end of January. Inside, readers will find plenty of Frankenstein monster food items (e.g. Saltine Nachos). Since this is Hannah Hart, there are also plenty of puns.

In order to hype up her book, Hart has released a video alongside celebrity chef Jamie Oliver. Hart and Oliver have collaborated together in the past; the talented Brit is very involved in YouTube thanks to his FoodTube channel. This time, Hart and Oliver cook the Hartwich, one of the recipes from the new book. This process mostly amounts to Oliver throwing around his food knowledge while Hart gawks at his spectacular cooking, dishes out puns on the fly, and drinks heavily (not necessarily in that order).

The My Drunk Kitchen book is part of a recent trend through which several top YouTubers have scored their own book deals. HarperCollins, which published My Drunk Kitchen through its It Books imprint, has also signed deals with The Annoying Orange and Toby Turner. Later this year, Hart’s pal Grace Helbig will also join the big girl author club when she releases Grace’s Guide.

If you want to know why these publishers are interested in the YouTube community, look no further than My Drunk Kitchen‘s sales. The day of its release, the book is the #1 best-seller in Amazon’s Pop Culture/Art category. You can add to that success by picking up a copy for yourself.