It’s Official: Grace Helbig Is Getting Her Own TV Talk Show Pilot On E! 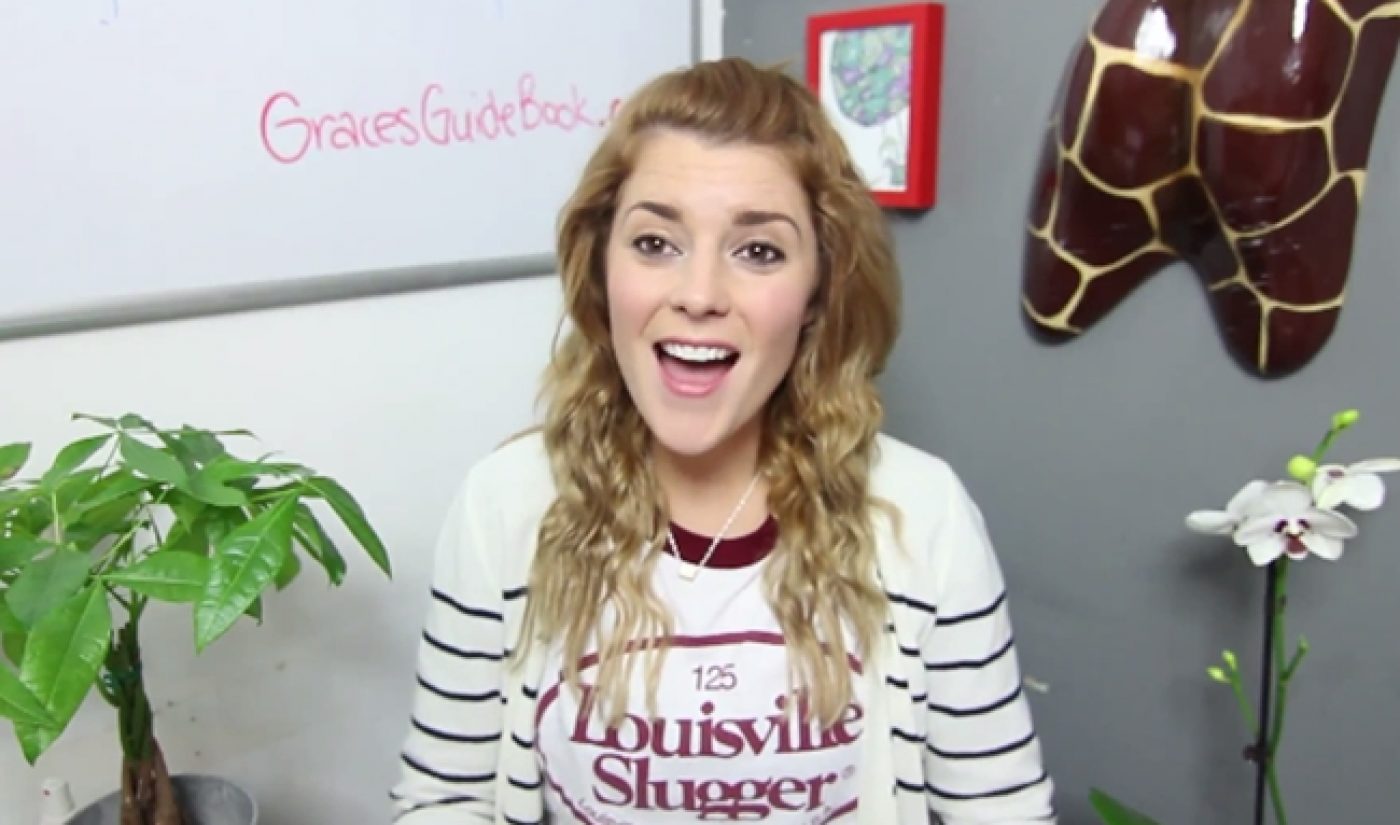 Grace Helbig is a busy woman. In addition to producing videos for her It’s Grace channel, the 28-year-old comedienne spreads her creative efforts across books, films, and TV shows. Helbig’s latest announcement is a big one: She’s officially coming to TV via the E! channel, where she will host a hybrid comedy program/talk show pilot.

Deadline officially announced Helbig’s TV show today, but it has been in the works for several months. Back at March’s South By Southwest festival, Helbig revealed that her TV show would be produced by Embassy Row, the studio behind Talking Dead and Watch What Happens: Live. The Deadline report confirms that detail while adding in a tentative title for the show: The Grace Helbig Project.

More exact details about the show, such as its launch date, its timeslot, and its specific format, have not yet been revealed. However, Deadline suggests that Helbig could fill the late-night talk show slot that Chelsea Handler will vacate when she ends Chelsea Lately on August 26th. Handler has been attached to a separate project that will debut on Netflix in 2016.

Helbig is one of YouTube’s most popular and likable vloggers. She counts 1.8 million subscribers on her personal channel, which she built up after severing a long-running partnership with the My Damn Channel network at the end of 2013. Here is her latest video:

If you want to know why TV networks are interested in Helbig, look no further than Twitter. Just hours after The Grace Helbig Project was announced, the hashtag #YouDidItGrace became a trending topic. That’s a powerful audience, one that E! must be delighted to have within reach.