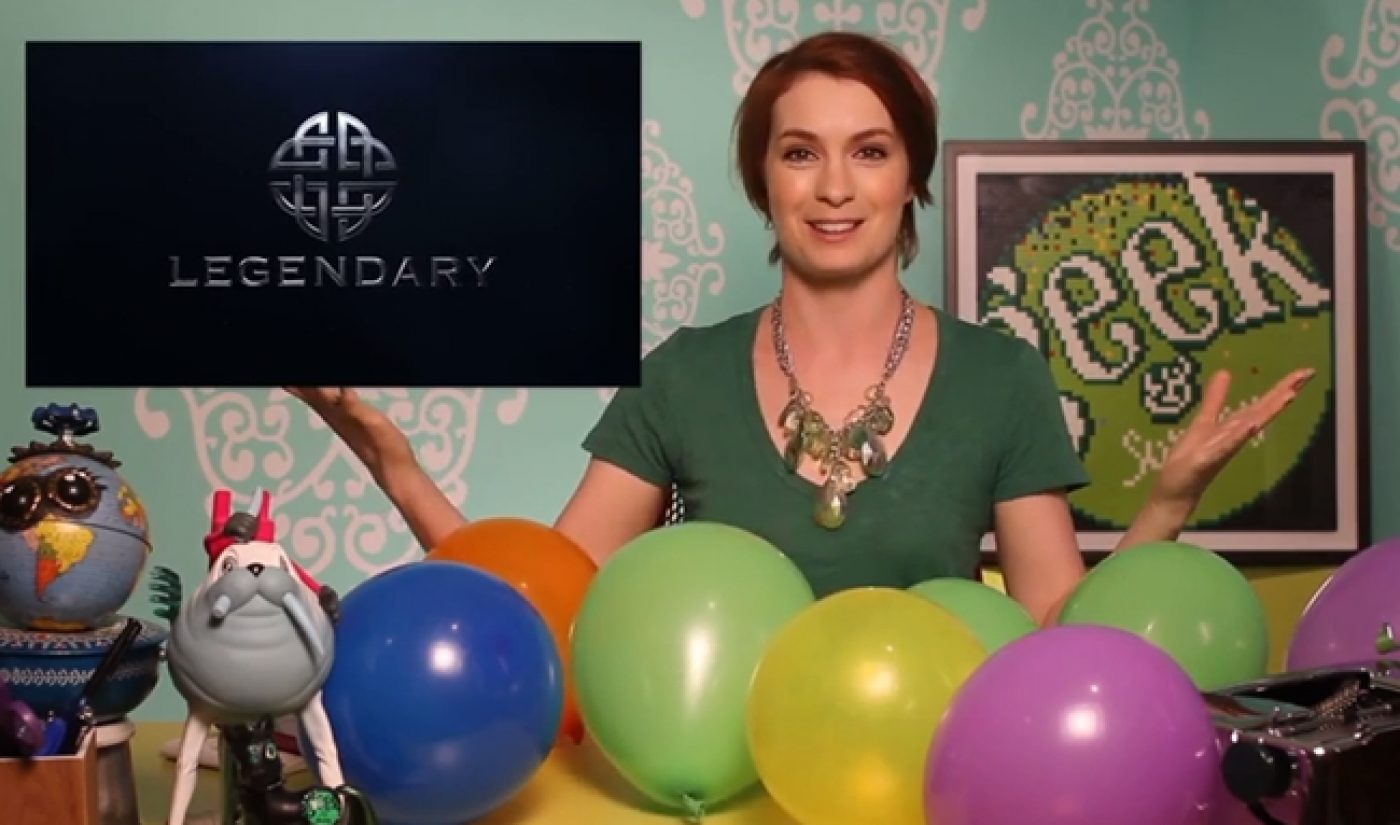 The production company behind films like The Dark Knight, Pacific Rim, and Godzilla just made a significant addition to its digital portfolio. Legendary has acquired Geek & Sundry, the online video network run by Felicia Day.

Since 2012, Geek & Sundry–which originally launched as part of the YouTube Original Channels Initiative–has served as a home for nerd-friendly web series like Wil Wheaton’s TableTop, Bryan Singer’s Spooked, and, for its final season, Day’s The Guild. The network has also created a small community of vloggers who present their thoughts on various geeky subjects.

All of these endeavors have allowed Geek & Sundry to build up a significant audience. During the same week that the Geek & Sundry channel passed a million subscribers (a development we’ll discuss in greater detail in a few days), Day announced the new deal with Legendary in a video update.

Geek & Sundry will become an integral part of Legendary’s digital division, which also counts Chris Hardwick’s Nerdist Channel among its assets. As part of the deal, Legendary will work with Day to create several scripted and non-scripted series that will roll out across digital and traditional media platforms. Those series will feature Day as both creator and star.

The film studio’s connection to top sci-fi and fantasy franchises makes it an ideal partner for Geek & Sundry and its army of nerds. In a press release, Day claims that Legendary “aligns authentically with my audience’s interests,” and she’s right. Legendary often leverages YouTube channels to help promote its upcoming films, and Geek & Sundry fits into that process well.