YouTube Millionaires: Lia Marie Johnson Is “Going With The Flow” 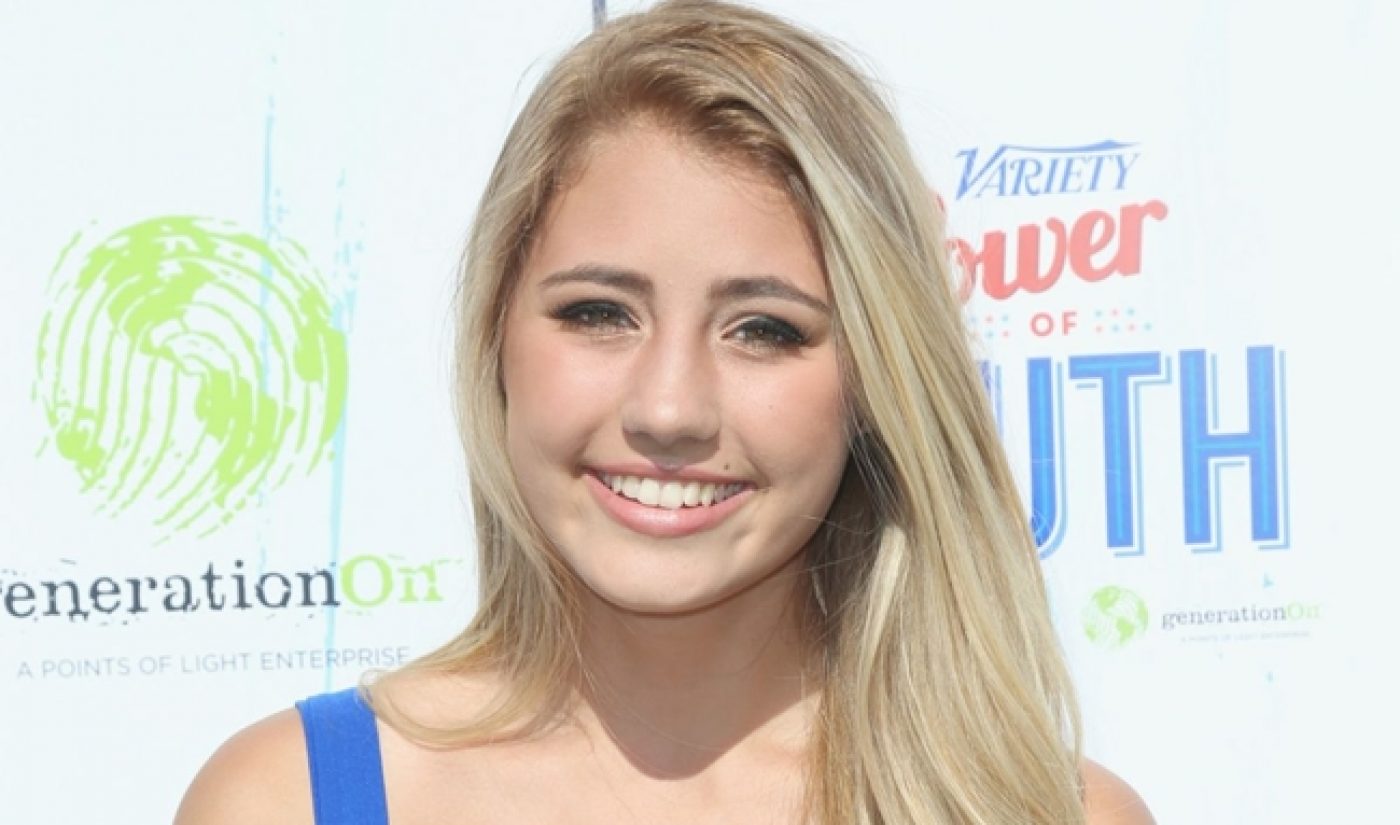 At age 17, Lia Marie Johnson has already spread her creative efforts across a number of different platforms. She is known for her frequent collaborations with The Fine Bros (she is a cast member on their MyMusic web series and has participated in the Kid, Teen, and YouTuber editions of React) and her regular presence on the main channel of the AwesomenessTV YouTube channel. Her work has also recently brought her to TV; in June, she starred in a movie on Nickelodeon.

In addition to all these endeavors, Johnson continues to maintain an active presence on her own YouTube channel, which just passed one million subscribers. We spoke to Lia about that part of her online video profile:

Lia Marie Johnson: Having 1 million subscribers feels the same as 999,999…haha, no really, I can’t believe how far I’ve come!  I just want to say thank you to everyone who believes in me!  It’s hard being a teenage girl putting myself out there on social media, but so many people are so supportive.  It makes me feel great!

TF: How do you think your appearances on the ‘React’ series shaped the online video personality you have created for yourself?

LMJ: I think showing my personality on Kids React made it easier for people to get to know me.  Every week, I just answered questions and gave my opinion, which is a great way to get to know someone.I actually started working with Benny and Rafi Fine before Kids React.  I was in a video they wrote and directed.  About a year or so later I started on Kids React and it really took off a few months later.

TF: How would you characterize your main channel? Do you primarily consider yourself a vlogger, first and foremost?

LMJ: I can’t really characterize my channel because I do so many different things.  Some people like more structure, which is fine.  My channel is very random with lots of little gems hidden everywhere.

TF: You’ve done a lot of collaborations. Who are some YouTubers with whom you have not yet collaborated, but would like to in the future?

LMJ: Collaborating is so much fun! There is always someone new I want to work with, but I guess maybe some gaming video collaborations would be fun.  I like playing video games.

TF: Are you interested in songwriting, or do you plan to continue focusing your musical efforts on covers?

LMJ: I’m already working on my music career, and I do a lot of writing.  Hopefully I’ll be coming out with an EP in the next year.

TF: How do you find your video making style is changing as you grow older?

TF: You seem to have a stronger relationship with your partner network than many other YouTubers. Why do you think you’ve been able to work so closely with AwesomenessTV?

LMJ: Well, I started working with AwesomenessTV before they became a network.  They’re like my family.  I know just about everyone there.  All the girls are like my big sisters and best friends.  They also support me so much and help me with my YouTube career.  I’m really lucky!

TF: Describe the process of bringing Terry the Tomboy to TV. Did you have to make any significant changes to the character to make her TV-friendly?

LMJ: No changes to the character really, just an incredible story, director and crew!  I’m so happy with the great response the movie received.

LMJ: I am trying to get more music uploaded, but, you know, I’m young and just going with the flow.