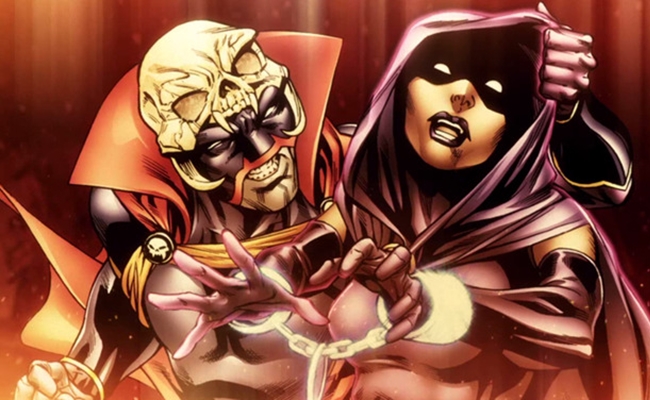 Description: A couple months ago, creators Chris and Larry White scored a modest hit on the GoingNowhere channel with Deathstroke: Arkham Assassin, a DC Comics fan film centered around the infamous mercenary Deathstroke. Now, GoingNowhere team and Aggressive Comix are looking to make an even bigger splash with a new fan film based around Deathstroke’s daughter, Ravager.

The new film, which has a 20-minute run time, doesn’t have a name aside from the Kickstarter campaign’s self-descriptive title. It does, however, have a fully fleshed-out cast and a stand-alone plot. That second point is particularly crucial for the film’s creators, since Arkham Assassin was only ever intended as a prequel to the Batman: Arkham City video game. The $10,000 budget will cover the funds required to cover a longer fan film and all of its increased VFX and stunt needs.

Creator Bio: Before Arkham Assassin, GoingNowhere demonstrated its prowess with a couple of other well-received fan films. In 2012, a GoingNowhere creation titled The Hunger GameRs was chosen as a winner in the “Live-Action: Action/Drama” category of the Machinima Interactive Film Festival.

Best Perk: A badass fan film requires a badass t-shirt, and the tentative design featured on the Kickstarter page is hardcore enough to make any $50 backer happy.

Why You Should Fund It: Previous fan films from GoingNowhere have featured crafty costumes, crisp sound, well-choreographed fight sequences, and a dark, moody style that fits the home world of the Caped Crusader. The Ravager fan film has the potential to look like a typical Machinima fan film while operating on a much smaller budget.

This project also counts as a concerted effort to create a fan film around a strong female protagonist. In the male-dominated superhero landscape (only one of the five comic book iterations of Ravager is a woman), that is a big deal.

Most importantly, though, the Ravager fan film just looks like fun. Its creators are big comic book fans, so their vision will appease the DC faithful, but there should still be plenty of action for non-comic book fans, too.