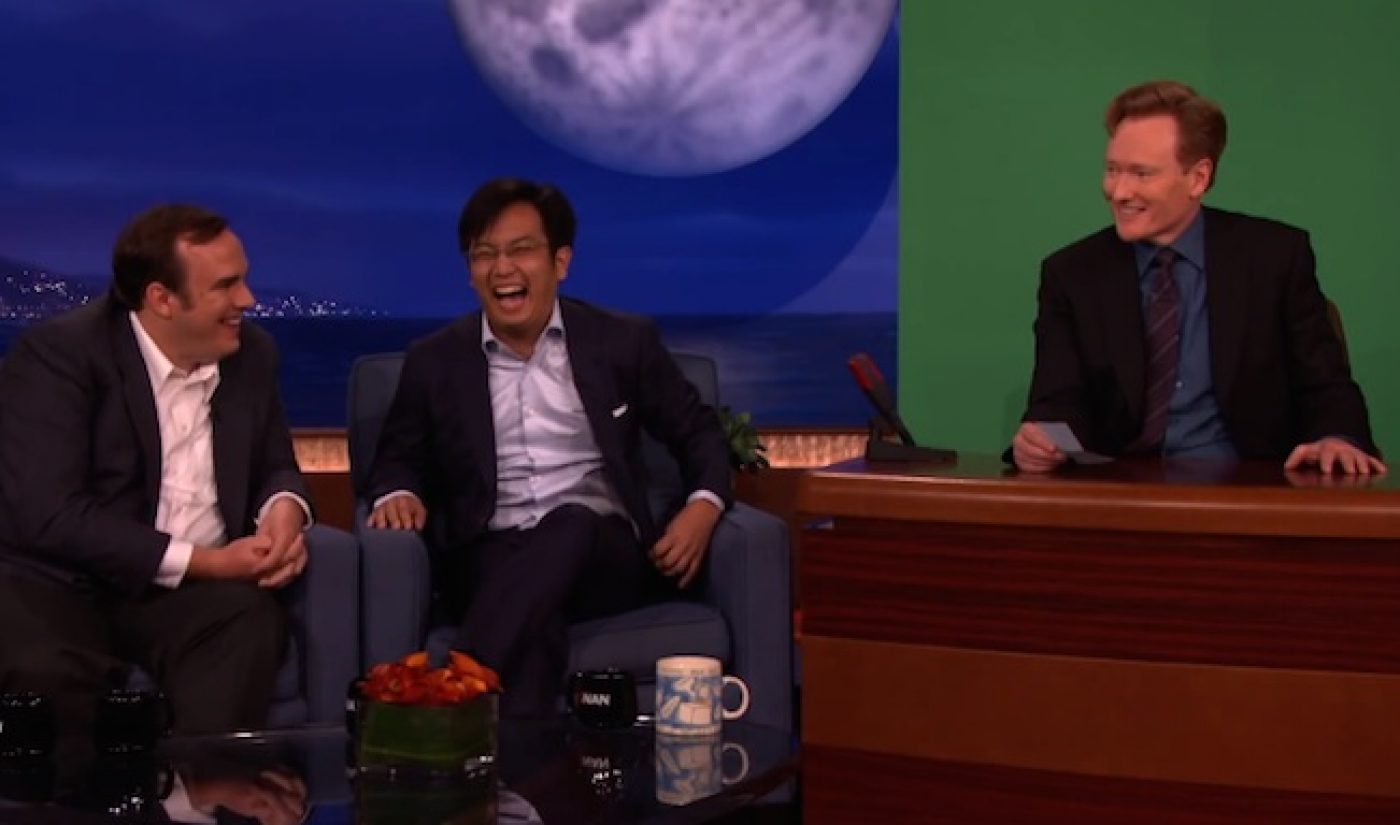 O’Brien gave television audiences a sneak peek at the upcoming third and final season of Video Game High School before welcoming the pair of filmmakers to his couch to praise their special effects expertise, talk about how surprisingly emasculating it can be to watch a stunt driver flip a car, discuss RocketJump’s special blend of special effects and comedy, and spread the gospel that the internet is home to some very high quality entertainment.

But what’s more is that in their seven-or-so minutes of basic cable airtime, Wong and Arnold easily coaxed O’Brien into shooting a quick and emphatic cameo for VGHS. Check it out below at around the 1:21 mark. It gets especially good soon thereafter, when Wong and Arnold give O’Brien some well-received acting notes.

The third season of VGHS is set to debut in Fall 2014. Stay tuned until then for O’Brien’s several seconds of online video fame.