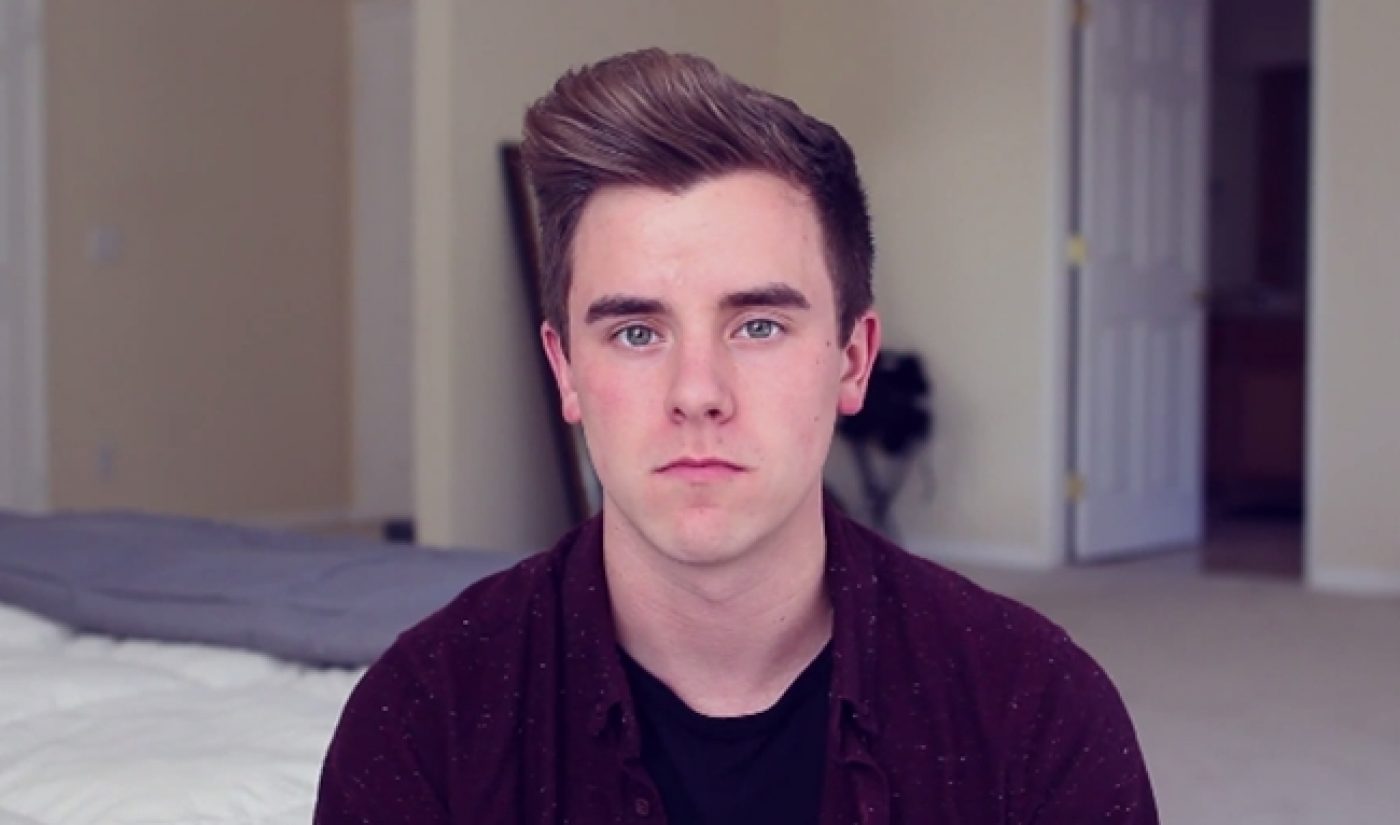 Connor Franta‘s on-camera personality is one of wide smiles and boyish good looks, but it appears as if the YouTuber’s cheery demeanor masked a large amount of pain. Franta has taken to the Our 2nd Life (O2L) channel to announce his departure from the YouTube supergroup, claiming that he has been “a very unhappy person for the past six months now.”

Franta, who has accrued more than 2.8 million subscribers and upwards of 100 million views on his personal channel, has emerged as one of the most popular personalities on YouTube. He was one of the stars of The Digitour, where thousands of screaming fans showed up to see him take the stage. He also serves as one-sixth of O2L, which is managed by Fullscreen and has scooped up more than two million subscribers of its own.

Subscribers, however, cannot buy happiness, and online fame seems to have taken its toll on Franta. In his final O2L video, a downtrodden Franta addressed his fans. In his video, he explained that there are “personal things I’m dealing with behind the camera.” As he explains, he has filtered out many of these personal things from his videos. “When it comes down to it,” he said, “I make a video that is five minutes long about my week–a week that has over ten thousand minutes in it. So you guys don’t see my entire life, you just see a tiny portion of it. And I think it’s really hard for you guys to see that it’s not all good.”

The heavy toll of online popularity is an unfortunate but very real trend, and Franta’s collaborators and fans have offered support for his decision. The other five members of O2L have all tweeted out kind words for their close friend, and soon after Franta’s announcement, four of the top trends on Twitter related to him.

literally 4 of the trends including the top two <3 @ConnorFranta i support you and love you so much mister conrad pic.twitter.com/9rLGW3NVgd

It’s unclear how Franta’s exit will affect the upcoming O2L documentary, which will follow the group on their tour around the country, but for now, it is only appropriate to offer support to Franta. We hope makes a full emotional recovery.