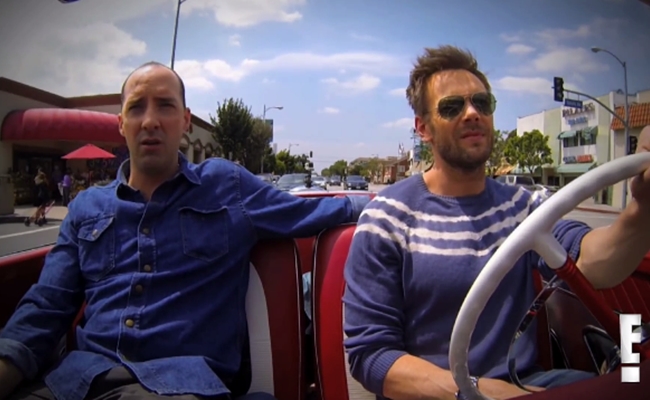 The video begins, as all Comedians In Cars Getting Coffee episodes do, with a description of a classic ride. Once Community star McHale has finished waxing poetic about his 1959 Ford Skyliner, he picks up Hale, and the man best known for his role as Buster Bluth proceeds to point out all the houses in the neighborhood where it is possible to score coke.

The parody arrives during a week of milestones for both Seinfeld and The Soup. July 5th marked the 25th anniversary of the debut of Seinfeld, while July 1st served as the 10th anniversary of E!’s long-running pop culture commentary show. The resulting convergence of those two series isn’t the best Comedians In Cars Getting Coffee parody we’ve seen (that honor still goes to this one), but it’s worth three minutes of your time.