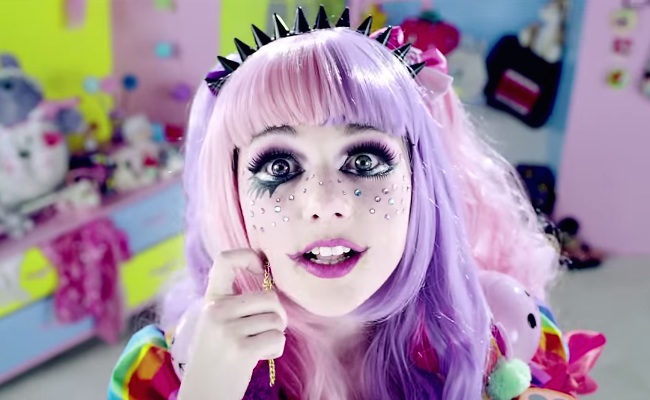 Straight out of the land of the Kiwi comes the charming pop styling’s of Doprah. Their new video for “Stranger People” is everything you might imagine when Katy Perry bubblegum pop imagery mixes with Nine Inch Nails and a dash of bath salts. This psychedelic, hyper-stylized clip is perfect in that it showcases a new talent without diminishing from a catchy tune.

The video continues to highlight a trend wherein standout choreography is packaged with tight musical arrangement and vocals. It’s something we’ll start to see a lot more of, too, especially when the style allows amazing artists like Doprah to garner more attention for taking a chance with a staggering and impressive video.

Directed by the virtuosos at Thunderlips and Candlelit Pictures, “Stranger People” is one of those seminal videos that goes on to define the group as they break out. These visuals are emblematic of a band that knows what it wants to be and how it wants the world to see them. They boast a pop/electro style self-described as, “a sinister and evil cult, which lures young people into drug-taking.” Bearing that in mind, the video doesn’t disappoint.

Doprah is on indie label Arch Hill Recordings in New Zealand and is sure to announce some tour dates stateside soon. Their self titled debut EP had a strong showing on the New Zealand charts and was favorite on Hype Machine, so make sure you get in early on this duo and subscribe here.