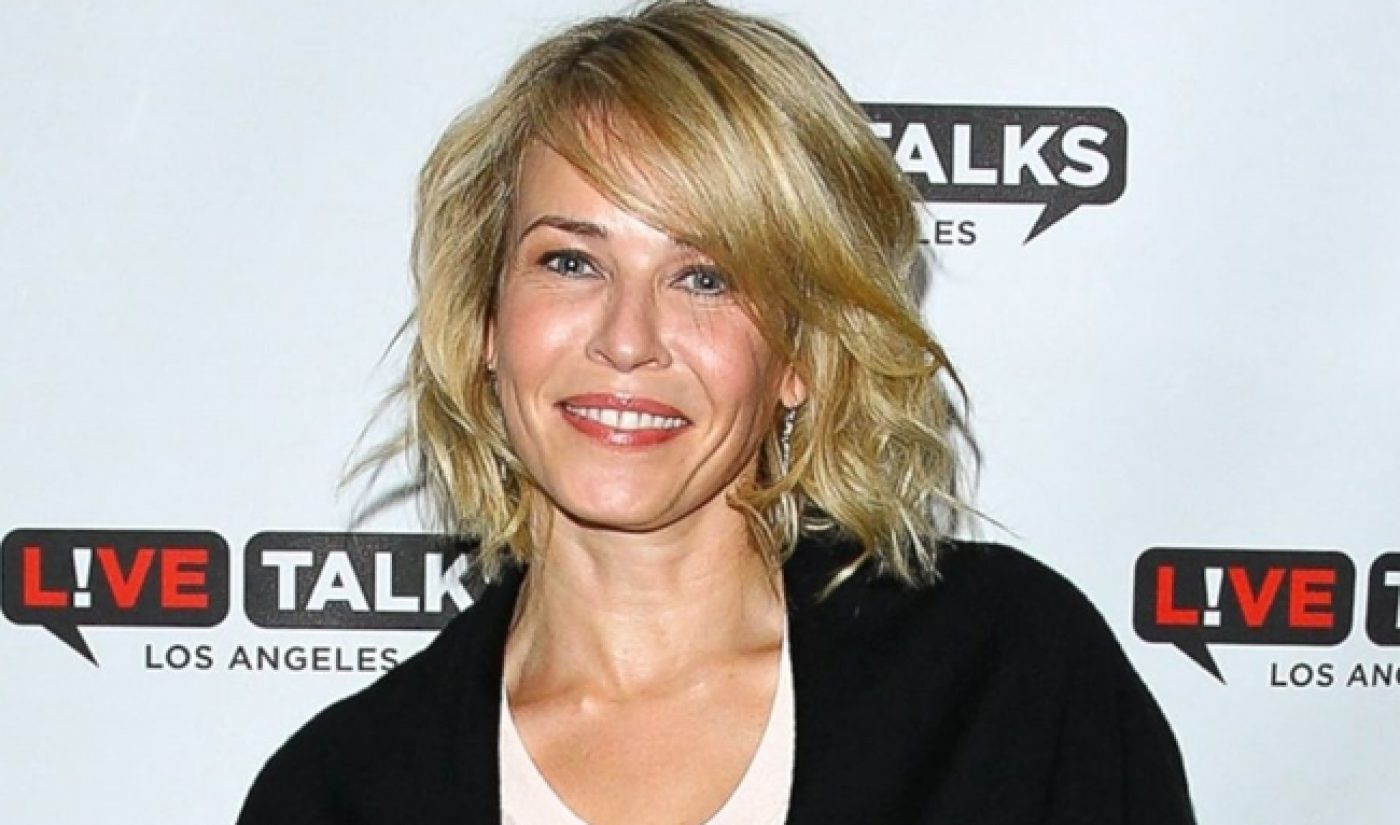 On August 26, 2014, Chelsea Handler will host the final episode of her late night cable talk show, Chelsea Lately. While this will end a seven-year run on TV, Handler will bring her hosting duties to a new frontier. The comedienne has signed a deal with Netflix that includes at least five comedy specials and a talk show set to air in 2016.

Handler has emerged as one of the most-popular essayists in America. Three of her books have reached #1 on the New York Times’ best-seller list, and she just released her most recent offering, titled Uganda Be Kidding Me. She also performs stand-up, and her first release through Netflix will be a comedy special due out on October 10. Upon its release, Handler will join comedians like Aziz Ansari and John Hodgman who have released exclusive specials through Netflix.

Handler will follow up her special with four “docu-comedy specials” that will arrive in 2015. Each one will showcase Handler as she comments on specific subjects through the unique voice that has made her so popular.

The crown jewel of Handler’s Netflix deal is the planned talk show, which will be produced by Handler’s Borderline Amazing studio. The show figures to feature a similar format to Chelsea Lately, which has run for more than a thousand episodes. At the same time, it will feature the on-demand availability that makes Netflix such an appealing option for both creators and viewers.

“If I was going to continue working in this industry, I knew I had to do something outside the box to keep myself interested,” said Handler in a press release. “I wanted to sit with the cool kids at lunch so I approached Netflix to make sure they were as cool as I thought they were, and when I confirmed my suspicions, like with any other future lover, I made my move.  I’m more excited than I’ve been in awhile, and the team at Netflix is the most forward thinking, alert group I’ve sat down with in ages. No offense to the Shahs Of Sunset.”

Netflix CCO Ted Sarandos had some big words of his own, as he claimed Handler’s new show will be Netflix’s way of “reimagining the late night talk show.” Unfortunately, it will take two years before we can put those words to the test.