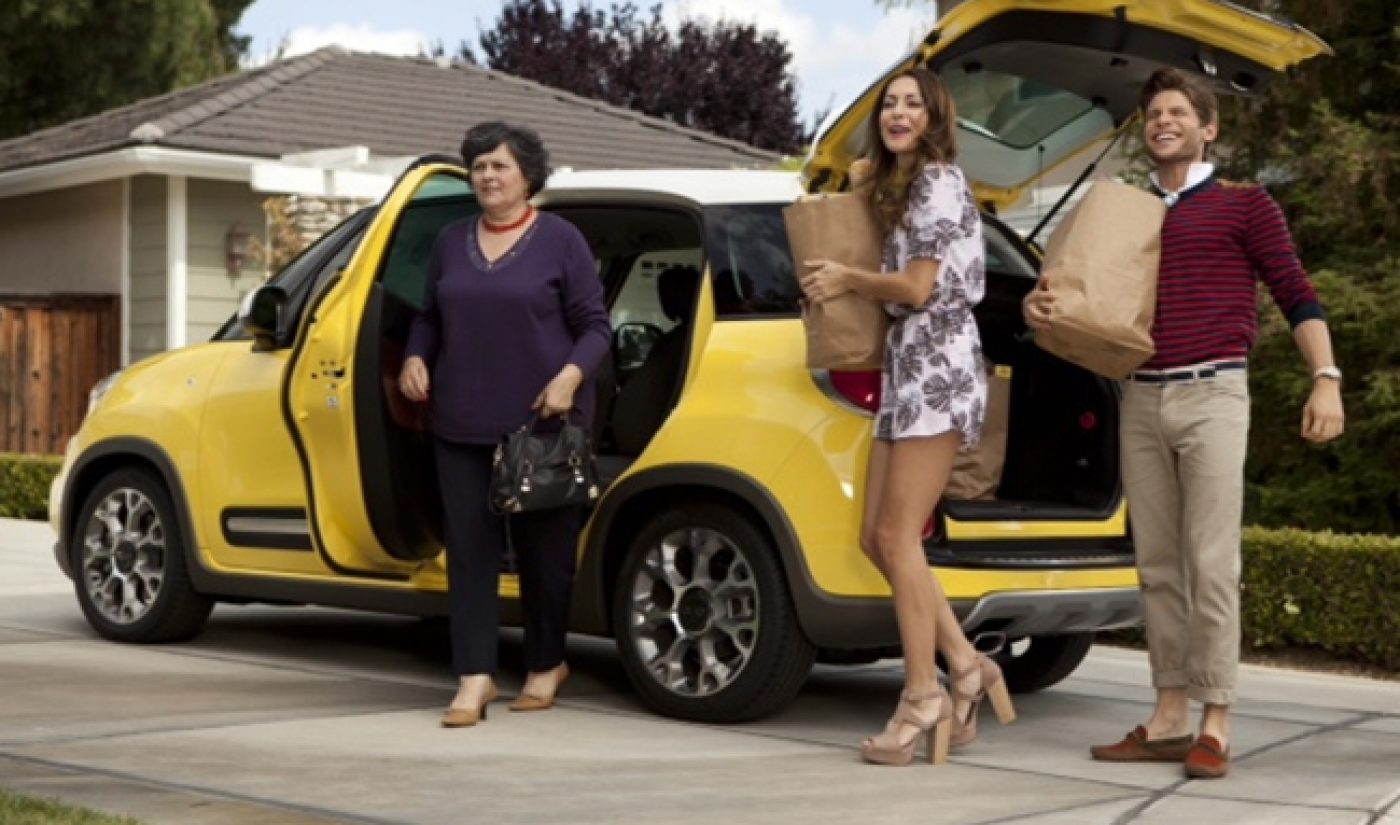 Funny or Die is trying to turn a single nugget of Internet gold into a multi-episode success. The humor website has launched the first of five short episodes based off a group of flamboyant Italians who drive a Fiat.

Funny or Die first featured its Fiat-loving Italians in a 2013 video that generated plenty of praise across 1.2 million views. The premise involves a trio of bickering Italians who come equipped in the back seat of every new Fiat.

Funny or Die, hoping to jump off the success of that video, has now produced another five vignettes that combine the Italian automaker with its native people. The trio from the original video has been replaced with a new couple who have their own Fiat to show off. They seem particularly stylish and charismatic next to their frumpy neighbors, a dour couple who do not own a shiny new car.

As an article in Variety explains, the new series is an important one for Turner, which owns a minority stake in Funny or Die. The media conglomerate wants to showcase the digital opportunities available to companies that choose to advertise with it. Funny or Die, which launched a commercial production arm back in 2012, is one of those opportunities. “We want to give the audience more of what they like, and turn that info a franchise,” said Ed Wise, SVP of Turner’s digital ad sales.

As for Fiat, the automaker apparently does not want its branded videos to be seen as ads. Fiat-friendly language is all over the first vignette, so achieving that goal may be difficult. However, if the content is good, it won’t really matter.