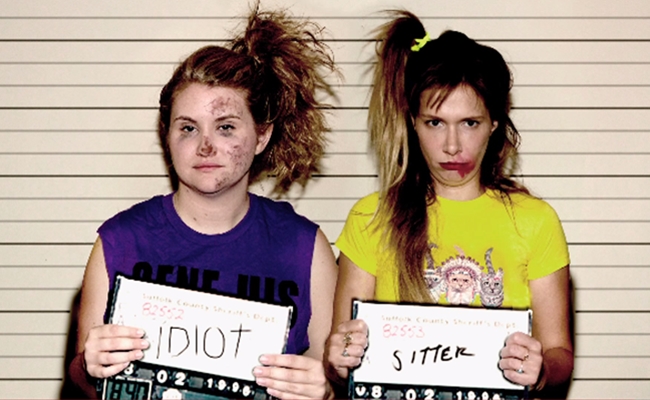 ‘Idiotsitter’ Is The Latest Web Series Coming To Comedy Central

Comedy Central has mined its in-house digital production to find one of its two new series. The channel has ordered a TV version of Idiotsitter, which was originally distributed through CC Studios earlier in 2014.

Idiotsitter stars Jillian Bell (best known for her recurring role in Workaholics) as a spoiled, sociopathic rich girl who causes trouble for an uptight new babysitter played by Charlotte Newhouse. “Idiotsitter is an “Odd Couple” for the modern era — if “The Odd Couple” followed two off-the-wall women instead of saggy old men,” reads a description on the Idiotsitter homepage.

The show began as a six-episode web series that featured guest appearances from the likes of Stephen Root and TJ Miller and saw some episodes score sizable view counts on YouTube and CC Studios.

Idiotsitter‘s positive reception certainly helped it get picked up for TV, but it’s important to consider the other strong attribute working in its favor. Any time Comedy Central picks up a web series about an odd couple of young women causing trouble, that show will inevitably draw comparisons to Broad City, which has been a big hit for Comedy Central. The comparison was apt when Comedy Central ordered a pilot from BriTANick last week, and it’s even clearer here.

In addition to Idiotsitter, Comedy Central has also ordered a season of Another History, a Keeping Up With The Kardashians parody produced by Jeremy Konner of Drunk History. CC Studios will also house five new web series, including one from the team at Good Cop Great Cop. Full details are available over at Deadline.