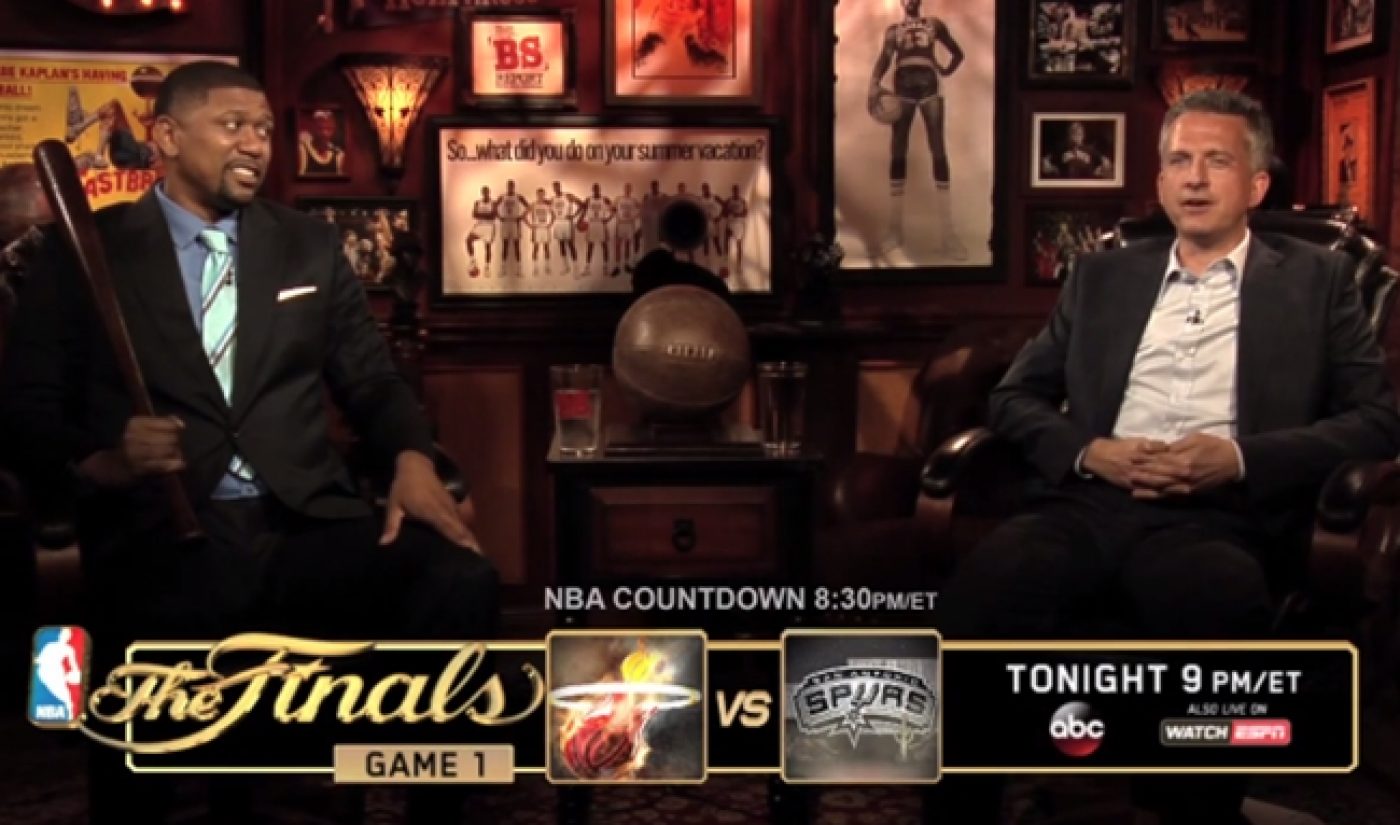 The NBA Finals begin June 5th at 9 PM EST, and broadcaster ABC is using YouTube as part of its promotional strategy. The network has rolled out five different pre-roll YouTube ads that feature analysts Bill Simmons and Jalen Rose as they make fun of specific YouTube categories.

The videos are unlisted, but the official channel of ESPN’s NBA coverage (which moves to ABC during the Finals) has spread them across the site in anticipation of Game 1. Each ad pokes fun at a specific category and is targeted to videos within that category. For instance, viewers who watch gaming videos are treated to a short ad where Simmons and Rose (who have a YouTube series of their own) try to figure out why anyone would want to watch a video of other people playing video games.

According to the Wall Street Journal, at least five of these ads are currently running on YouTube. One version is attached to movie trailers, while another runs before music videos and comments on the high viewcounts associated with YouTube’s most popular songs.

The ads are clever, if only because they give viewers a reason to pay attention to their pre-roll ads, most of which go ignored. Burger King tried something similar last year when it released 64 different pre-roll ads that targeted specific types of viral videos.

In addition to the five ads that have already run, several more will pop up during the series, including a special Game 7 edition that will become available if the Finals run for the maximum number of games. If you weren’t already rooting for the Heat and the Spurs to go the distance, that’s an added incentive right there.