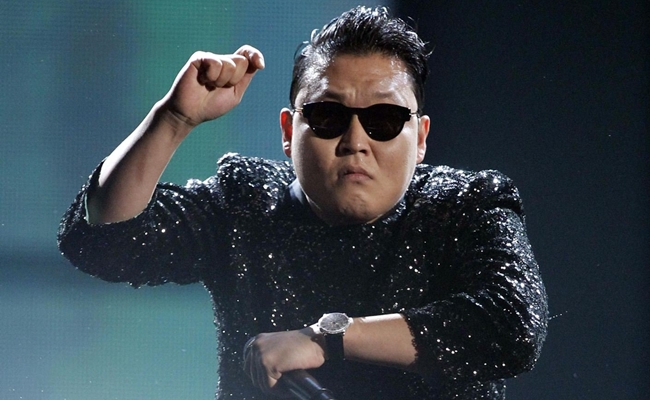 On May 31st, 2014, the music video for Psy‘s “Gangnam Style” surpassed two billion views, becoming the first YouTube video to ever reach that mark. The achievement came 526 days after “Gangnam Style” reached its first billion, a mark that has only since been matched by the much older video for Justin Bieber’s “Baby”.

Most people understand just how popular “Gangnam Style” has been over the past 22 months, but it’s easy to lose sight of just how big a billion actually is, much less two. Since debuting on YouTube on August 15, 2012 (685 days before it hit two billion), “Gangnam Style” has claimed more than 2.9 million views a day, 121,654 views an hour, 2,027 views a minute, and 33 views each second. Let me repeat that: A video of a guy riding an invisible horse has registered 33 plays each second for nearly two years.

Of course, most these views came when “Gangnam Style” was a viral phenomenon. The video gained 72 views per second during its march to one billion, gaining views at a rate that was 3.3x faster than the its growth rate between one billion and two billion. Nonetheless, even without that first billion, “Gangnam Style” would still be on pace to become the most-viewed video on YouTube.

All of these stats lead up to a point: As “Gangnam Style” cruised to a billion views, it seemed to be evidence of the increasing popularity of YouTube trends. It had a bigger viral impact than “Call Me Maybe”, which itself made a bigger splash than “Friday”, and so on. It looked as if some other crazy video would come along that would be even bigger, and plenty of people have searched for the next “Gangnam Style” (ourselves included).

At this point, one has to wonder if there will ever be a next “Gangnam Style”.  Only four YouTube videos released after it have even reached a quarter of its view count, and one of those four comes from Psy himself. There are only 38 entire channels with at least two billion total views.

If a video was going to make an even bigger splash, I feel we would have seen it by now. It would have been “Wrecking Ball” or “What Does The Fox Say” or “Roar”. Instead, “Gangnam Style”–powered by its easy humor and international appeal and inescapable catchiness–continues to stand alone. Let’s all turn one more time and face our king. The path to three billion begins now: