VHX Has Sold Over $3.2 Million Worth Of Content Directly To Fans 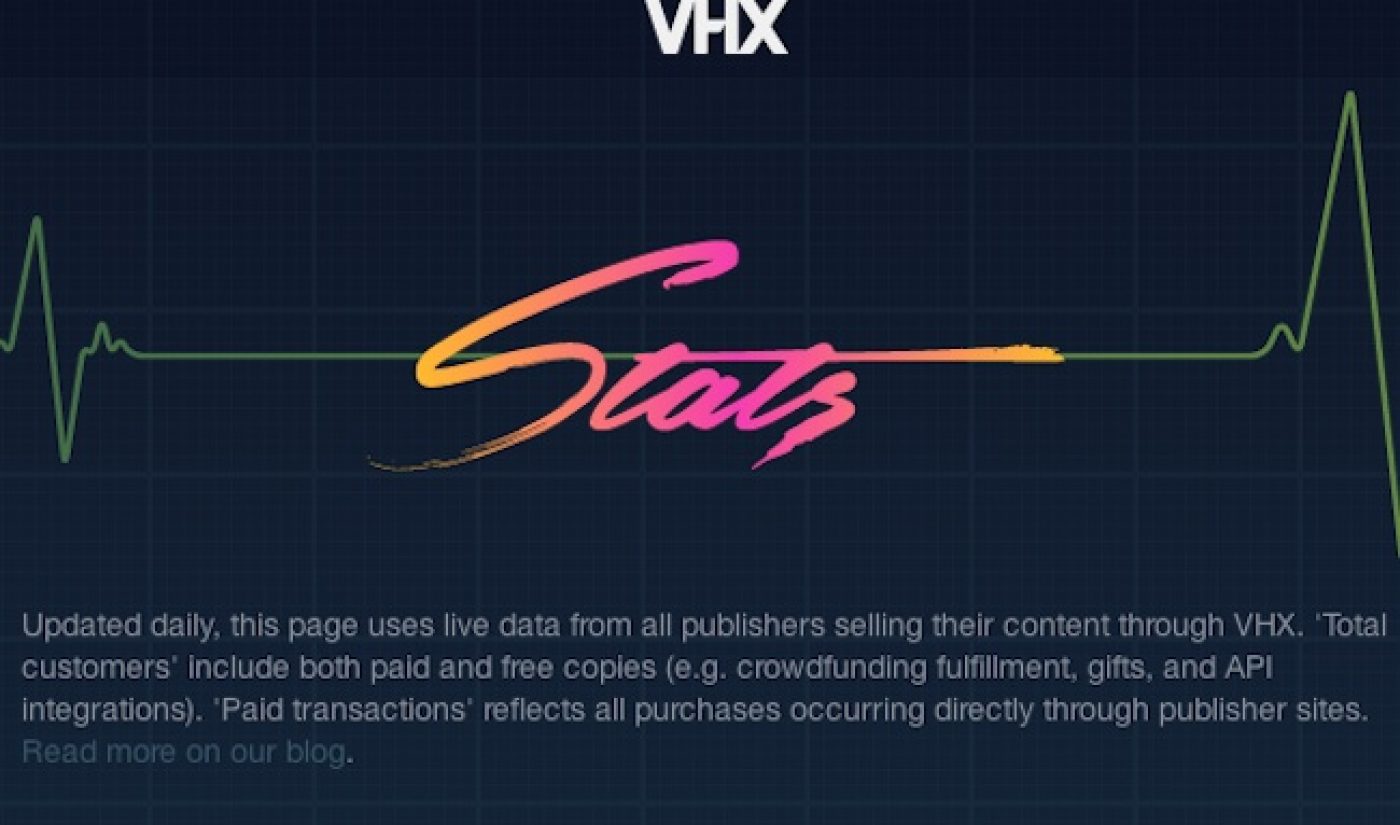 VHX is getting hip to transparency. The direct-to-fan distribution platform that gives content creators the tools with which to sell their online video works to audiences around the globe just launched a new feature detailing exactly how many dollar’s worth of online video works those creators have sold.

The new component of the site is dubbed VHX Stats and highlights a number of the platform’s top-level metrics with hopes the numbers will contribute to the conversation about the economics of how creators sell their work in an increasingly connected age. Yes, the move is also a savvy marketing tactic, but don’t discount the authentic desires of VHX’s co-Founders Jamie Wilkinson and Casey Pugh (and their team) to be as open with their data as possible. After all, Wilkinson was at the Free Art & Technology Lab prior to VHX, where he furthered the organization’s goal of “enriching the public domain through the research and development of creative technologies and media.”

In other words, transparency isn’t just a shtick or a PR ploy for these guys. It’s a mindset. But enough with the how and why. Let’s get onto the numbers.

Here are the metrics VHX Stats currently lists and updates on a daily basis, with the promise of more to come:

Taking the numbers above and VHX’s current pricing model (where each transaction has a cost of $0.50 and 10% of the sale) into account, that means VHX has generated roughly $2.7 million for creators who sold their content on the platform and $510,000 for the company itself.

So, the big question is, is that good? And the answer is for a company that received its initial round of seed funding in June 2012 and its Series A round in August 2013 for a total raise of $4.5 million it’s tough to tell.

The dollar figures VHX provides are just a snapshot in time. What will be more indicative of the site’s success is how those numbers change over the coming months. The subscription and direct-download online video space has heated up since VHX first entered the fray, and the rate at which the platform’s revenue, customer base, and return customer base changes will determine how well it’s doing with the increase in competition.

But regardless of an increase or decrease in metrics and market share, hopefully VHX’s new transparency initiative will cause other major direct-to-consumer VOD platforms to do the same. More easily available data can better inform creators who are trying to determine if and how they should embark upon new projects, and where they should look to distribute those projects once they’re complete.

In the mean time, if you want to check out a VHX-powered offering, be entertained, and support some of your favorite YouTube personalities at the same time, give Camp Takota a download if you haven’t already.