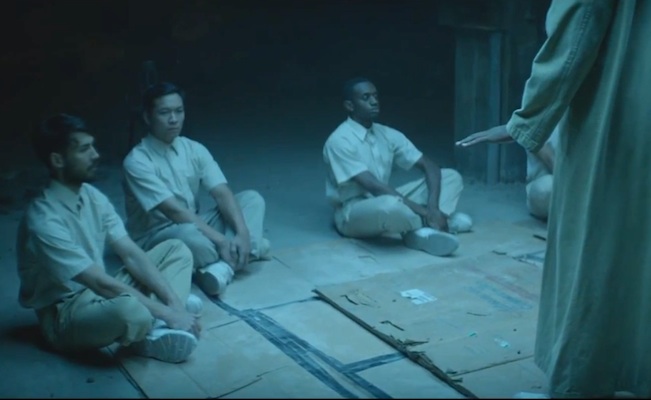 After the rabid success of Sia’s latest visuals for “Chandelier“, dance focused videos are all the rage again. What makes them compelling is how they allow for a second layer of imagery and when that’s coupled with lyrics and music it creates a moving piece of art unmatched with just audio alone.

The Acid is an electronic trio that teamed up with dance troupe WIFE to drop a the latest visual masterpiece in the dance music video genre with their new video “Fame”. The choreography is enrapturing, keeping the viewer locked into the video and dialed in on the pulsating, enthralling beats of the group.

The Acid hails from the UK, Australia, and the US. It’s a group that clearly has a vision and its music is a complementary mix of sublime melodies and thumping beats–a perfect alchemy of sound to support the visuals in its latest music video.

As the song hits its crescendo in the final minutes, the setting of the visuals becomes more and more reminiscent of some of the best scenes from Fight Club, a film that decries fame and material possession as the root of all evil. Whether this allusion is intentional or not, the dancers movements become even more evocative and mesmerizing as the lyrics drone on throughout the final seconds. However, the first rule of this video is that you should definitely talk about it and talk about it a lot.

The Acid is dropping their debut album, Liminal, on July 15 via Mute Records, which you can procure here. And make sure to subscribe to keep up with the band.