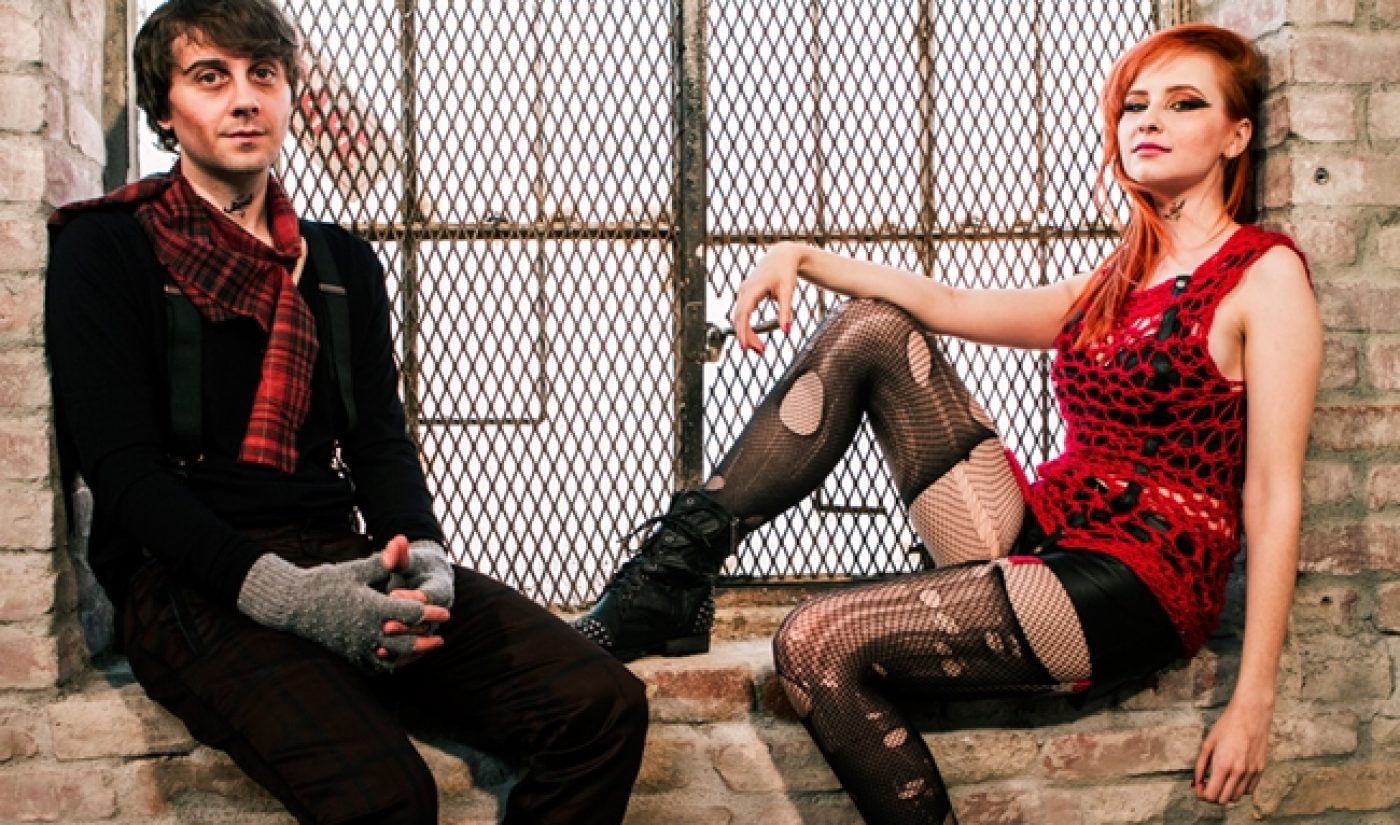 Description: Muzzled is a musical set in a fanciful and somewhat dark world. As with most musicals, the inhabitants of the Muzzled world are looking for any reason to start singing, and the series’ creators have facilitated this desire by turning song into a major plot point. The only people who are allowed to sing are a collection of princesses who use music as a symbol of power. They are opposed by a ragtag group called the Blackhearts, who must wear titular “muzzle” tattoos that prevent them from singing.

Web series fans will find plenty of familiar faces among the cast, including Ashly Burch, Ashley Clements, Mary Kate Wiles, and Jeff Lewis. A first look at this cast is available in the Muzzled pitch video:

Creator Bio: Co-creators Matthew Mercer and Zach Grafton have made a significant impact in the online video community with two previous series, both of which brought unique spins to beloved pop culture franchises. There Will Be Brawl added a dark twist to the Super Smash Bros universe, while School of Thrones set HBO’s epic fantasy series in a stereotypical American high school.

Best Perk: For $150, a member of the Muzzled cast will record a voice mail message for you. While that’s a great perk, it may also lead some backers to never answer their phones.

Why You Should Fund It: The Muzzled cast is one of the strongest ones we’ve seen assembled for an indie web series project, which bodes well for the viewers. Luckily, Muzzled does not need to coast by on names alone. Its creative team’s previous work has been very strong, especially School of Thrones. Add in a fun, unique concept, and Muzzled begins to feel like a very good bet for its backers.