PewDiePie Raises $342,828 On Indiegogo For Save The Children 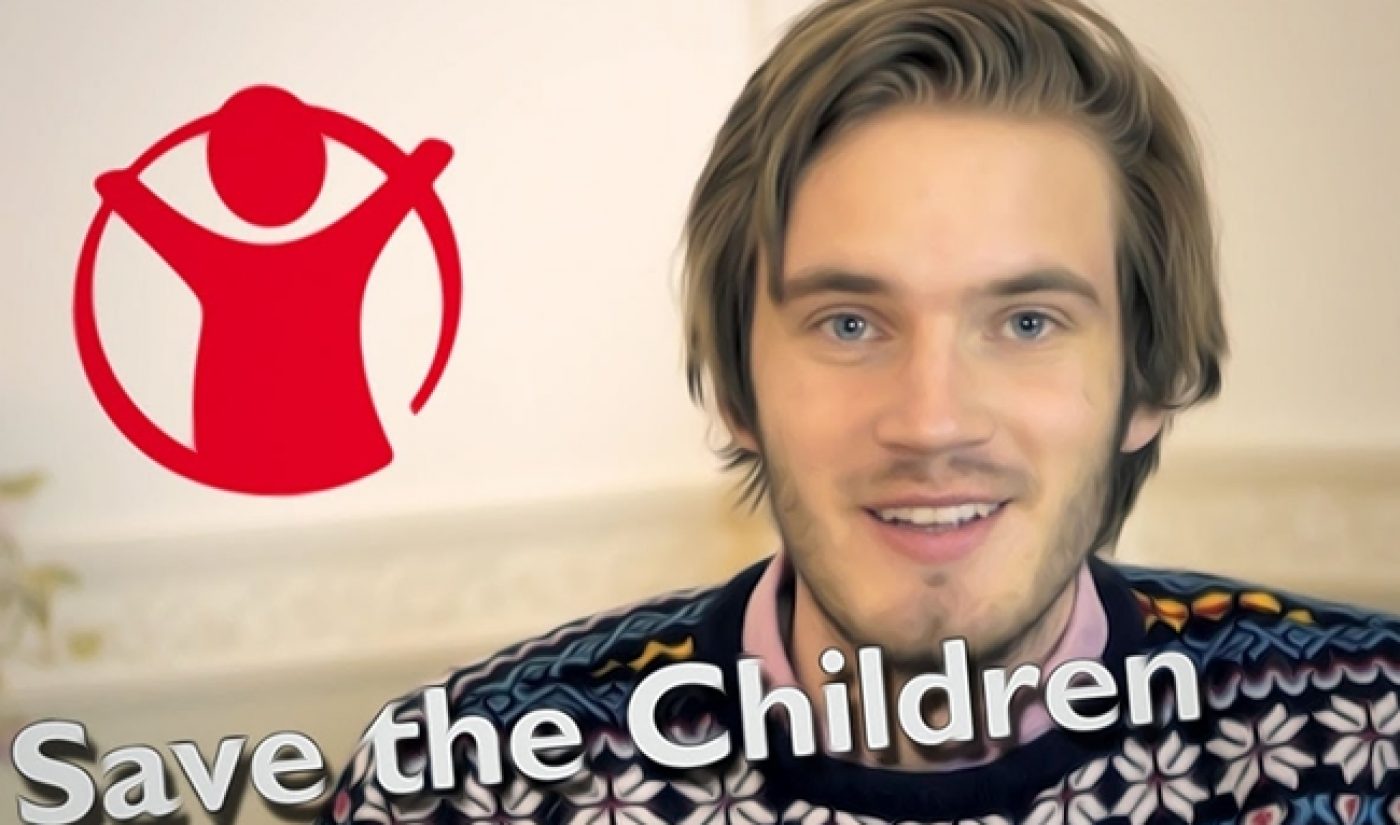 PewDiePie‘s 26.9 million “bros” have helped him raise a significant amount of money for charity. The most-subscribed creator has  ended his Indiegogo campaign for Save the Children, with his fans coming together to donate a whopping $342,828.

PewDiePie (real name Felix Kjellberg) launched the campaign on March 21st, three days after he became the first YouTube creator to reach 25 million subscribers. The Swedish gamer initially hoped to raise $250,000, but after reaching that goal in fewer than three weeks, he extended his campaign and ended up exceeding his initial goal by nearly $100,000.

PewDiePie’s campaign reached its goal by taking advantage of some successful high-level perks. In particular, two donors paid $50,000 each to have an entire episode of the Fridays with PewDiePie series dedicated to them. Those two backers made up nearly 30% of the campaign’s total income on their own.

The charity drive was also supported through several other platforms. PewDiePie himself pledged a dollar to Save the Children for each thousand views he receives on his introductory video for the campaign, which currently sits above 3.5 million views. He also hosted a weekly Humble Bundle sale, in which he invited fans to pay the price they wanted for some of his favorite games. Most of the revenue from that sale also went to Save the Children.

This is the second time PewDiePie has celebrated a subscriber milestone with a charity drive. He previously raised $446,462 for charity: water after surpassing 10 million subscribers. This time, he chose Save the Children, which aids children in need around the world.

While he is still the most-subscribed creator on YouTube, PewDiePie’s channel growth has slowed considerably since reaching 25 million subscribers. At the same time, his recent crowdfunding success proves that, despite any attrition, he still has a massive, highly-engaged, and philanthropic army of fans.