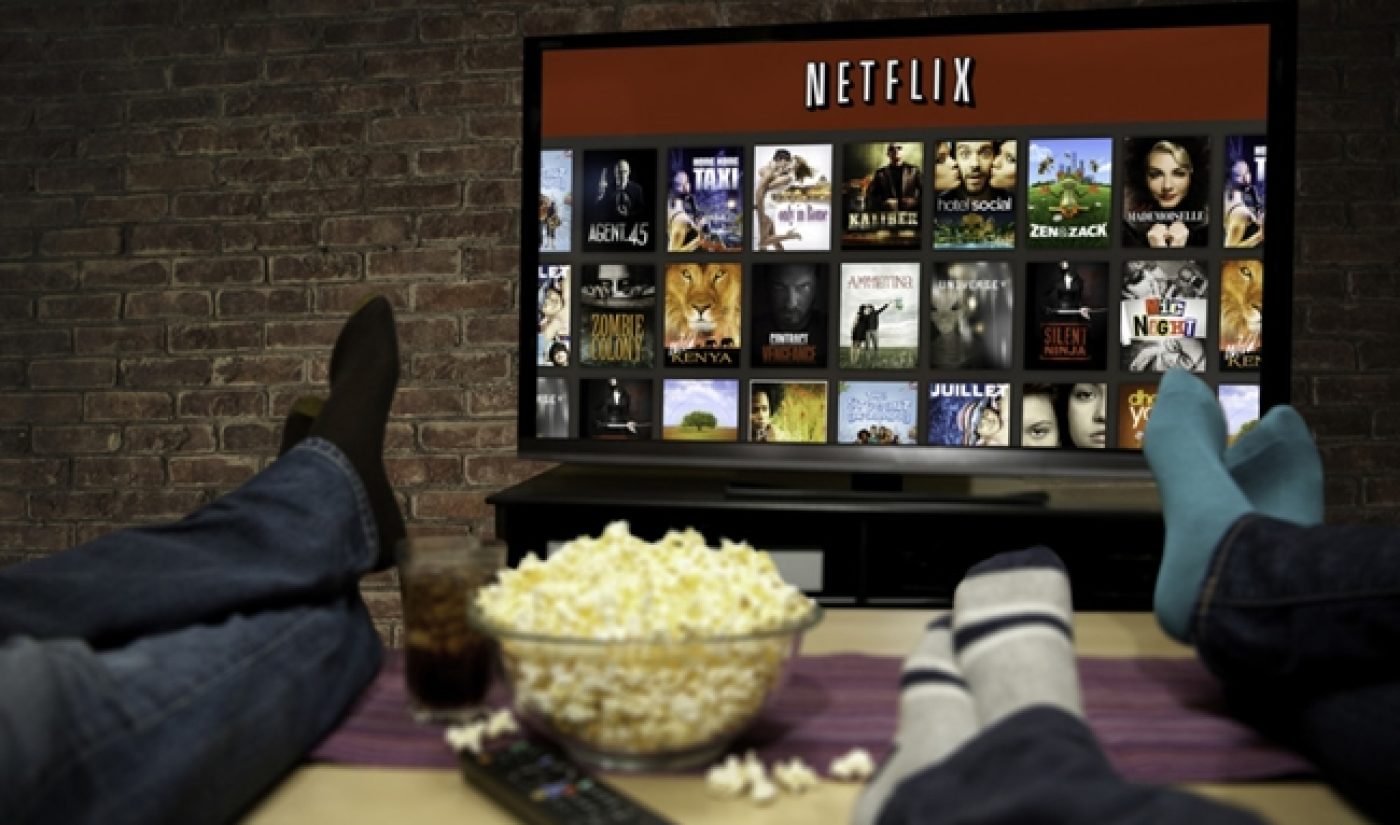 It’s no secret that Netflix uses up an extreme amount of downstream bandwidth, and the last report from Sandvine has provided some exact numbers. The networking technology company has released its latest Global Internet Phenomena Report, which reports, among other findings, that more than a third of all North American downstream data traffic came from Netflix.

A year ago, Sandvine reported that Netflix ate up more than 32% of all downstream traffic. At the time, that was 15 percentage points ahead of YouTube, the next-largest bandwidth hog, and the gap has only widened since then. Netflix is now up above 34%, while YouTube has dropped to just 13%. In other words, Netflix now uses more than twice as much North American downstream bandwidth as any other source. Netflix’s massive bandwidth use has been a source of contention of the past couple months, especially after Comcast strong-armed the premium video platform into paying a fee to ensure smooth service. Some believe that the ISPs should be forced to shoulder Netflix’s heavy load, an argument most clearly laid out  in a recent video from Vi Hart.

On the whole, entertainment streaming services use up 68% of all North American downstream bandwidth. One service that has grown particularly well in the past year is Twitch, which is now one of the 15 most-trafficked sites in Sandvine’s rankings.

Still, while other sites have made gains, Netflix is still king, and with several high-profile series incoming–including the return of Orange Is The New Black–Netflix’s bandwidth share is only going to get larger.