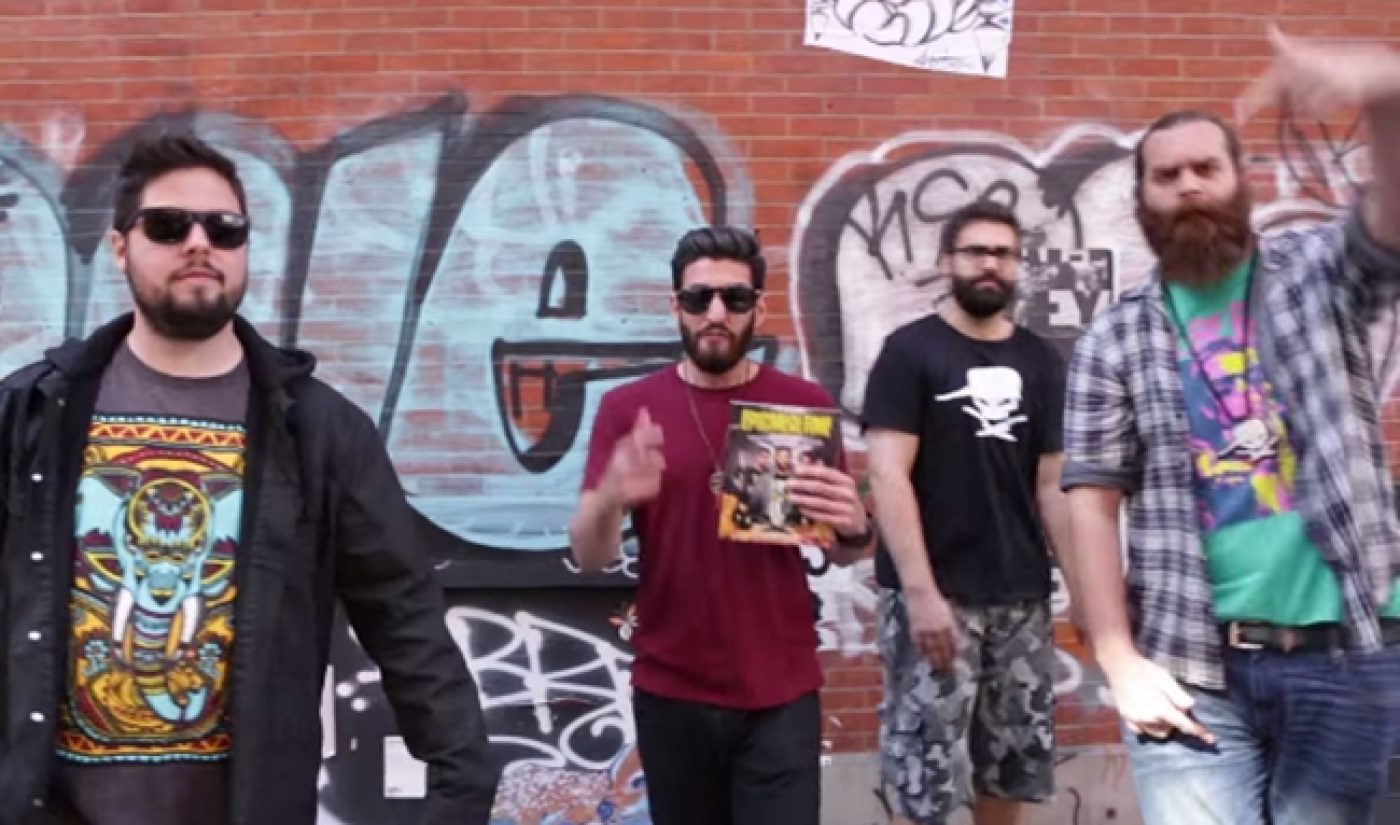 The Epic Meal Time gang released a new cookbook a couple of months ago, and they want you to take notice. Harley Morenstein and his band of bacon-crazed chefs have dished out a short rap urging fans to pick up a copy of the cookbook.

The video features four of the Epic Meal Time guys rapping about their cookbook while stepping into an old-school rap music video. Links in the description direct viewers to Amazon, Barnes & Noble, Books A Million, and iTunes.

The cookbook, published by Simon & Schuster’s Gallery Books imprint, arrived on shelves in late March. It features super-sized recipes from the YouTube channels archives along with some of Epic Meal Time‘s trademark wit. It is the second cookbook authored by the Epic Meal Time team; previously, they released a smaller one on the official EMT website.

Of course, the Epic Meal Time team hasn’t given up cooking for a YouTube career centered around intentionally bad rapping. They continue to produce regular episodes, including a recent collaboration with Arnold Schwarzenegger. It is the second time Ahnold has teamed up with EMT; both of his appearances have supported the After-School All-Stars charity. This time, he oversees the construction of a “Kaiserschwartzenegger Protein Tank”.

Epic Meal Time has not been shy to attach its name to relevant products. Before the cookbook, it lent its branding to a line of bacon-themed paraphernalia. As with those extravagant items, the cookbook may not serve much practical use in the kitchen–but as a coffee table book, it is suitably epic.