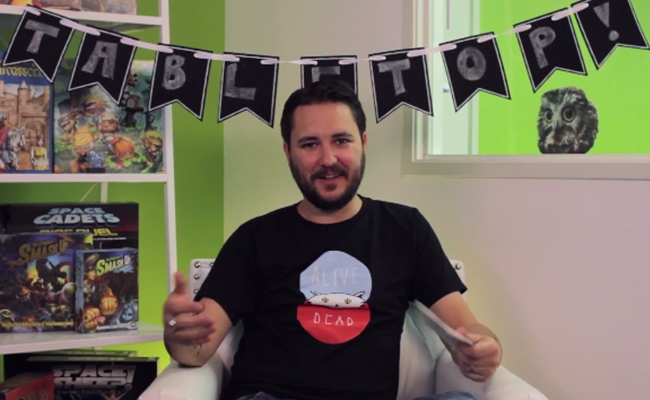 Wil Wheaton Thanks ‘TableTop’ Fans For Raising $1.2 Million On Indiegogo

Wil Wheaton has won crowdfunding. With just a couple days to go in his Indiegogo campaign, the former Star Trek: The Next Generation cast member and certified nerd has raised more than $1.2 million to fund a third season of his Geek & Sundry web series, TableTop.

The $1.2 million total (and counting) makes the TableTop campaign the most-funded web series project in crowdfunding history, surpassing Freddie Wong’s Season 3 Video Game High School Indiegogo campaign ($898,144) and Frederator’s Bee and PuppyCat Kickstarter campaign ($872,134). By cracking one million, Wheaton also achieved all of his stretch goals, thus allowing him to greenlight a TableTop spinoff based around pen-and-paper RPGs. He thanked his fans in a video released via Geek & Sundry.

Wheaton also recently took to Reddit for an IamA. In addition to a cheeky exchange with Felicia Day, he also discussed his feelings on the crowdfunding model that has funded his show:

“Crowdfunding season three was an amazing experience, because it showed us in a very tangible way how much Tabletop means to people all over the world, but it was also a little weird for me. I’m very self sufficient in every aspect of my life, and if I could afford to fund it myself, I would. At every step of the way, I had to remind myself that this isn’t about me, it’s about the community of Tabletop gamers who love this show and want to see more of it. When I remembered that I wasn’t doing this for me, but was doing it because it’s so important to so many people, it felt less weird to me.”

With funds secured, TableTop season three will go into production once Wheaton wraps up the first season of his SyFy TV series, The Wil Wheaton Project. The RPG spinoff, for which Wheaton will serve as host and game master, will come “much later in the year.”