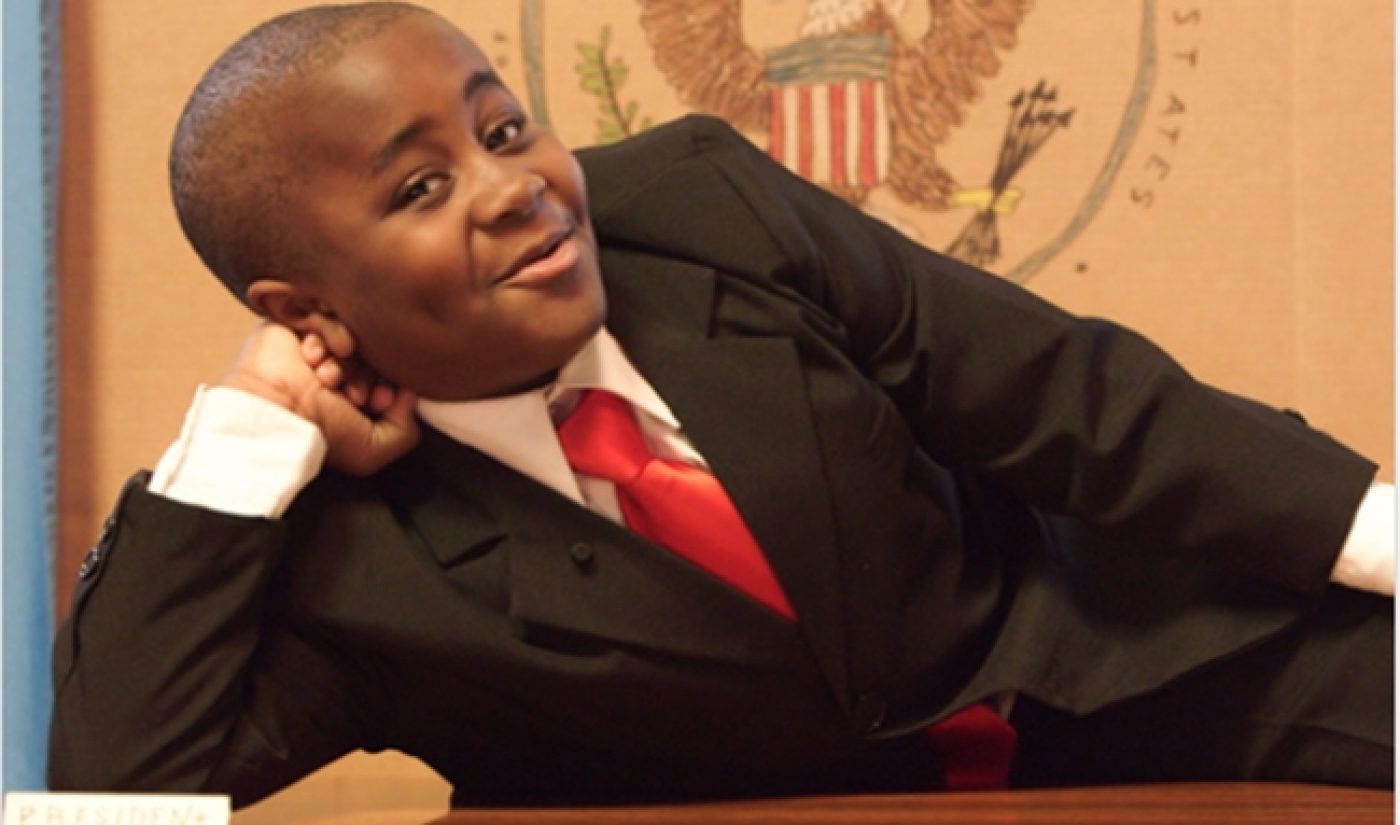 A month after announcing his impending arrival on the Hub Network, Kid President‘s TV show has received its release date. On June 7th, 10 year old Robby Novak will star in Declaration of Awesomeness, which will hit the air that evening 7 PM EST.

Declaration of Awesomeness aims to take the adorable, lovable personality of Kid President and translate it into a kid-friendly TV format. The Hub Network, which replaced Discovery Kids in the cable listings four years ago, announced the show’s release date through a “breaking” tweet:

While the show’s release date has only just been confirmed, Novak and his team (which includes series creator Brad Montague) are already hard at work. Declaration of Awesomeness will feature a number of interviews, and a recent photo on Twitter shows Novak and one of his TV show’s first celebrity guests, Kevin Costner. In the latest Kid President episode, Novak chats with the cast of The Amazing Spiderman 2, forecasting Jamie Foxx’s future appearance on Declaration of Awesomeness.

Fans of America’s fun-sized commander-in-chief should mark their calendars for June 7th. For those who don’t get The Hub Network, Novak’s continuing YouTube series on the SoulPancake channel will have to suffice.