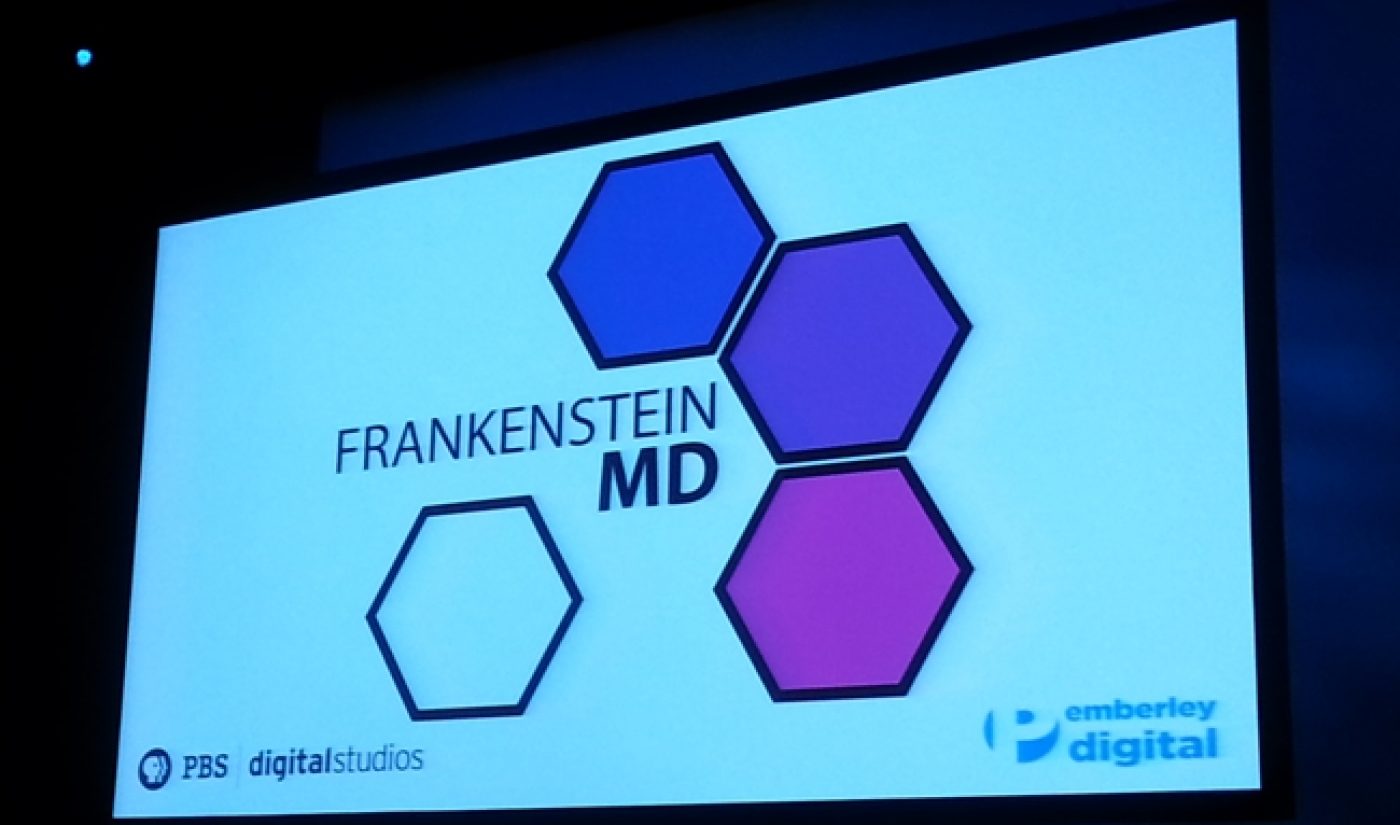 Frankenstein, M.D. will be Pemberley Digital’s fourth adaptation of a classic work of literature. The studio first put itself on the map with The Lizzie Bennet Diaries, a critically-acclaimed vlog version of Pride and Prejudice that struck a chord with a large fan base of (mostly) young women. From there, Pemberley adapted two more Jane Austen works through Welcome to Sanditon and Emma Approved. “We’re eager to take the format that we’ve cultivated with our previous multiplatform series into a new genre with a darker tone,” said Su.

One of Pemberley’s hallmarks is its expansive transmedia networks that use the participation of active, dedicated fans to enrich and deepen web series worlds. These social media elements will return for Frankenstein, M.D, which is expected to debut in the fall.

During the presentation, PBS Digital Studios Senior Director Matt Graham also revealed two new series created in conjunction with Magnet Media. One, Food Buzz, takes a look at the world of food, while the other, Bongo Bongo, discusses language. As with other PBS digital series, these two both apply a snappy, Vlogbrothers-esque tone to their respective topics.

Both Bongo Bongo and Food Buzz have already released their first episodes. The former kicked things off with a rant about rants, while the latter took on the spicy godsend that is Sriracha.

PBS Digital Studios also touted its one million subscribers, a mark it recently achieved. Once Pemberley Digital brings its dedicated fans to the network, expect that number to soar even higher.