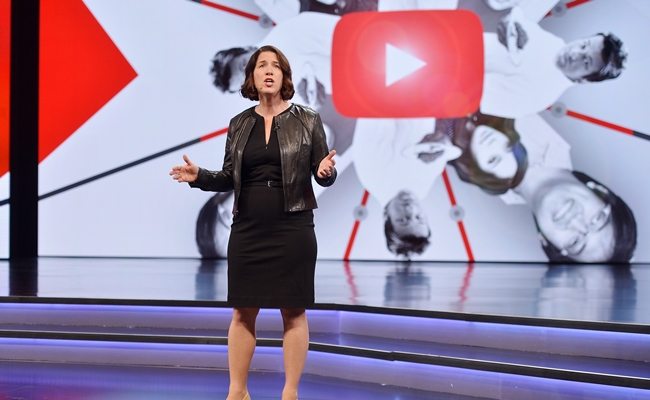 Google Preferred Is The Star Of YouTube’s 2014 Brandcast

The most popular event of the Digital Content Newfronts–YouTube’s annual Brandcast–took place on the last night of April 2014 at the Madison Square Garden Theater. In front of a packed house of more than 2,200 attendees, YouTube execs and partners discussed the world’s largest video sharing site, with particular attention paid to the new Google Preferred advertising program.

Google Preferred is YouTube’s big plan to drive up advertising revenue on the site. As part of the program, the top 5% of channels across 14 categories have had their advertising space roped off and reserved for advertiser who buy inventory in advance. We revealed a number of the Google Preferred channels earlier in April, and the Brandcast presentation delved further into the top performers across several different genres.

“While the campaigns of years past have launched, lived and succeeded largely on TV, the data paints a different picture of the future,” said Cooper. “People are now spending more time with online media than they are with traditional media. So the idea of relying solely on TV to drive your Brand is not a particularly sane one­-especially when Nielsen data tells us that YouTube reaches more 18 to 34 year olds–and even more 18­-49 year olds–than cable TV.”

Cooper’s presence was a component of YouTube’s hard sell to advertisers that was not only comprised of highlighting the new Google Preferred channels (and iterating how this inventory is “incredibly scarce” more than a few times throughout the evening), but also touting YouTube’s new promise of measurement with familiar Nielsen and Comscore metrics and YouTube’s new ability to guarantee a brand’s advertising reaches its intended demographics.

A video recap of the event is available from the YouTube Advertisers channel. It’s worth a watch.