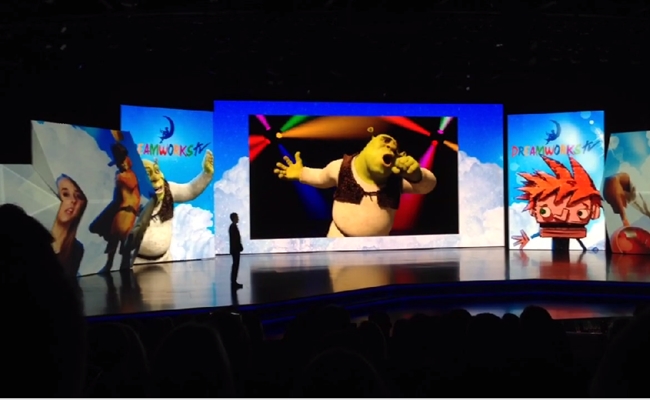 DreamWorks Animation is expanding its online video presence through a new destination. The film studio will launch DreamWorksTV, a YouTube channel that will host a collection of family-friendly short-form videos.

DreamWorksTV will launch in the summer and will be headed up by Brian Robbins and his AwesomenessTV YouTube network (DreamWorks purchased AwesomenessTV last year for a base price of $33 million.) Robbins will bring to DreamWorksTV the same teen-friendly attitude that he has brought to AwesomenessTV. The channel’s initial slate featuring titles like  Prank Your Parents and sketch comedy series OMG; these shows represent an attempt to reach YouTube’s coveted teenage demographic.

DreamWorks’ iconic characters will come to YouTube as well. Short, bite-sized videos catered to mobile videos will populate the channel, with the likes of Shrek and Puss In Boots making appearances (albeit without their original voice actors).

The channel is DreamWorks boss Jeffrey Katzenberg‘s attempt to create a kids channel to complement his studio’s iconic films. Three DreamWorks characters are already getting their own animated web series thanks to a deal with Netflix that was announced back in March.

DreamWorks has recently paid a lot of attention to YouTube, taking a stronger position on the site than many other major film studios. In addition to its purchase of AwesomenessTV, it has worked with YouTube to co-produce YouTube Nation, a daily programs that rounds up the site’s best videos. DreamWorksTV represents the next step in DreamWorks’ online video plan, and it should be a forward-thinking complement to the studio’s colorful animated films.