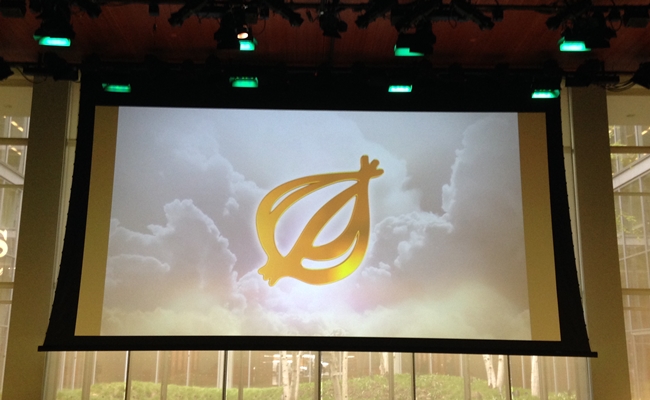 The Onion is continuing to expand its brand beyond the satirical publication that remains its strongest property. The comedy website turned digital media company has announced three new web series, all of which have specific targets in their crosshairs.

The Onion pitched its upcoming shows at an event that made fun of the pandering attitude that dominates Digital Content Newfronts. The main running joke can be summed up through the “quotes” from famous people that The Onion presented throughout its presentation. 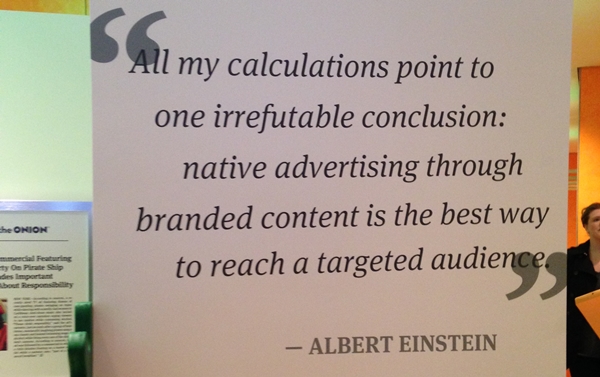 Despite the jokey tone, The Onion presented actual content that resembled the sort of programming it has produced in the past. One of its new web series is Who’s F**king, a crass parody of the New York Times’ vows section. Who’s F**king will combine the earnest romance of the NYT’s love stories with vulgar descriptions of lewd sex acts.

The second parody series, on the other hand, is much less profane. Wonderverse is described as “a curiodyssey,” which is Onion-speak for “a straightforward satire of Cosmos.” Viewers can expect a frank delivery of ludicrous, inaccurate science “facts”, and the overall tone may resemble The Onion’s Extremely Accurate History of the Internet, a tech mockumentary that debuted on Yahoo Screen in 2012.

The final parody is also the most ambitious. On June 12th, The Onion will launch ClickHole, which makes fun of sites like BuzzFeed and Upworthy by lampooning the misleading tactics they use to gain clicks. As with the real BuzzFeed, ClickHole will feature videos, such as “What This Adorable Little Girl Says Will Melt Your Heart,” in which a cute child explains how your click just secured ad dollars for a sponsor.

The Onion has produced parody series before. For instance, in 2012, it created Onion Talks, which makes fun of TED talks.

While its comedy brand is well-established, The Onion won’t just be making videos for itself. While presenting its new series, it also touted Onion Labs, an in-house marketing team that has made content for more than 40 brands. Onion Labs’ previous output has included web series like Tough Season and one-off videos like YouTube’s last two April Fools’ Day jokes.

Onion Labs offers a unique combination: The Onion’s trademark style mixed with brand-focused professionalism. Making jokes on the Internet is a tough job, but someone’s got to do it.