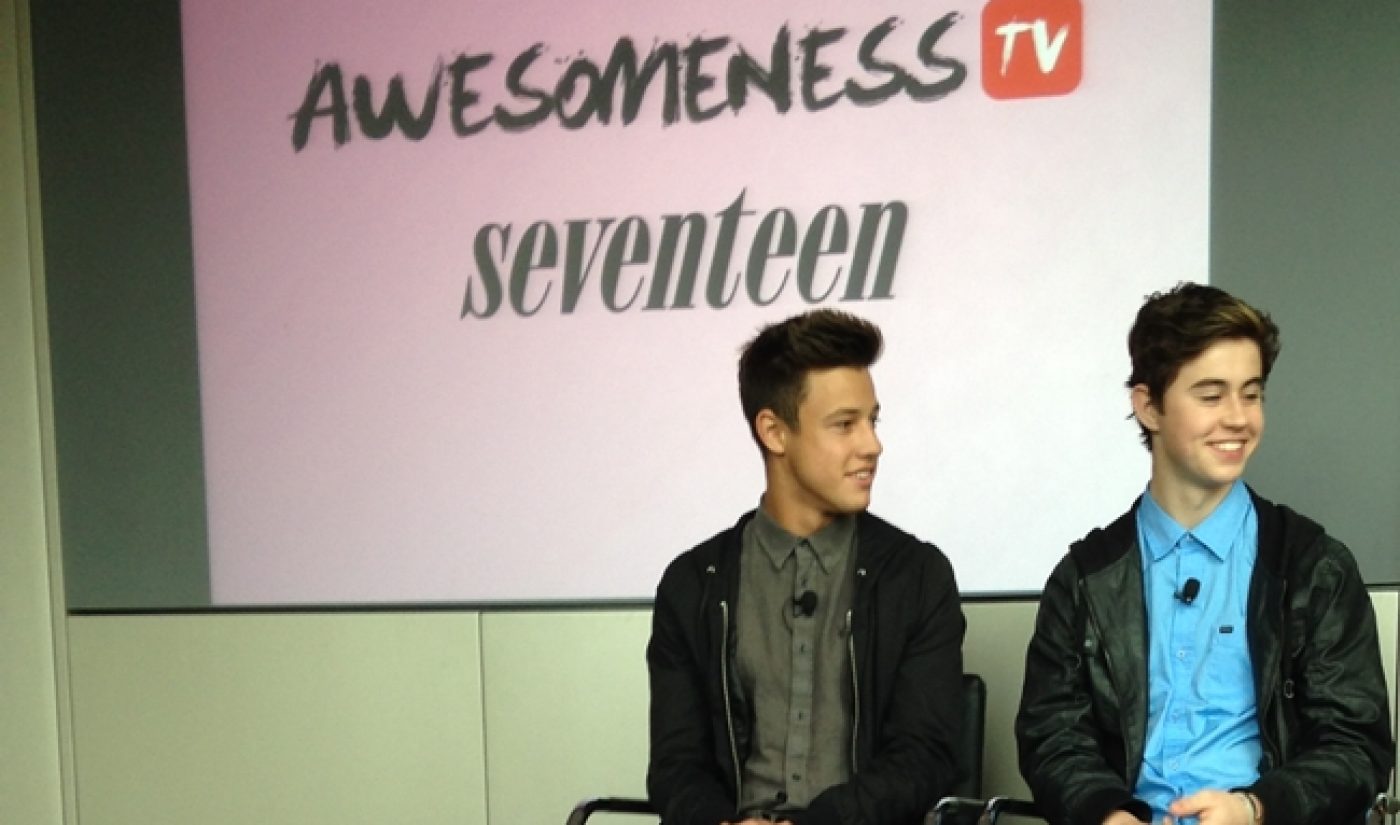 AwesomenessTV is the latest multi-channel YouTube network to ally itself with some of the most popular creators on Vine. AwesomenessTV founder Brian Robbins today announced a pair of new partners for his teen-focused network: Vine stars Nash Grier and Cameron Dallas.

Grier and Dallas  are two of the most popular creators on Vine. Grier has a million more followers on Twitter’s six-second video capture app than any other user–7.4 million in all–and Dallas is not far behind with 4.1 million followers of his own, which is good for ninth-best on the site.

Both Grier and Dallas have already established themselves on YouTube as well. Grier has 2.6 million subscribers, while Dallas counts nearly 1.9 million of them. The two teenagers often make videos together; their most recent YouTube collaboration is a sketch posted a few days ago on Grier’s channel.

By teaming up with Grier and Dallas, AwesomenessTV joins a growing number of networks that are taking an interest in Vine. Jukin Media and Endemol Beyond have also struck deals that rub shoulders with the app, which is the most-downloaded on iOS.

Robbins announced the news at an event hosted by Seventeen, which is partnered with AwesomenessTV on YouTube. The well-known teen magazine showed off its own growing arsenal of YouTube content, much of which is centered around fashion and beauty. In particular, it touted the popularity of “girl power tag” videos and debuted a new entry to that genre from First Lady Michelle Obama.

Seventeen’s upstart YouTube channel now has more than 100 million views, and as the above video shows, it is constantly teaming up with big names both on and off YouTube. In combination with AwesomenessTV, it is creating a strong YouTube brand that is successfully capturing the coveted teenage demographic.