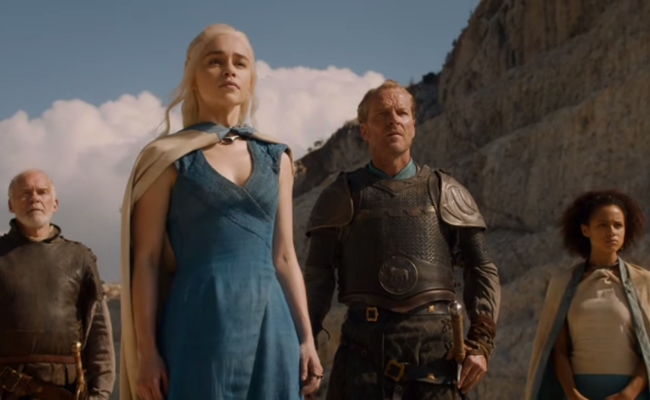 Which trailers released in 2014 have scored the most YouTube views? Google’s Think Insights division has the answers in the latest edition of its quarterly Trailers Leaderboard, which is led by the season four trailer for Game of Thrones.

As with the similarly-styled YouTube Ads Leaderboard, the report on YouTube’s top trailers orders its entries by their view counts and includes both paid views and organic ones. Any video released in 2014 is eligible, which gives a head start to trailers released earlier in the year. The Game of Thrones trailer, which has garnered more than 22 million views since its release on January 12th, will soon be passed by the Godzilla trailer. The popular spot for the upcoming monster movie has also risen above 22 million views.

The top ten is ruled by sci-fi and fantasy franchises. Eight of the entires fall under that category, with videos for Game of Thrones and the video game Evolve serving as the only non-movie trailers on the list. Marvel’s Captain America: The Winter Soldier trailer took third place while trailers for Transformers: Age of Extinction claimed positions four and ten. The fifth place trailer, for Guardians of the Galaxy, got a boost by being hosted on Jimmy Kimmel’s popular YouTube channel.

The one non-sci-fi or fantasy movie trailer to make the leaderboard was The Fault In Our Stars, an upcoming adaptation of John Green‘s best-selling novel. There’s no doubt that Green’s army of Nerdfighters contributed heavily to the trailer’s 16 million views.

The quarterly trailer leaderboard can be viewed in its entirely on the Google Think Insights website.