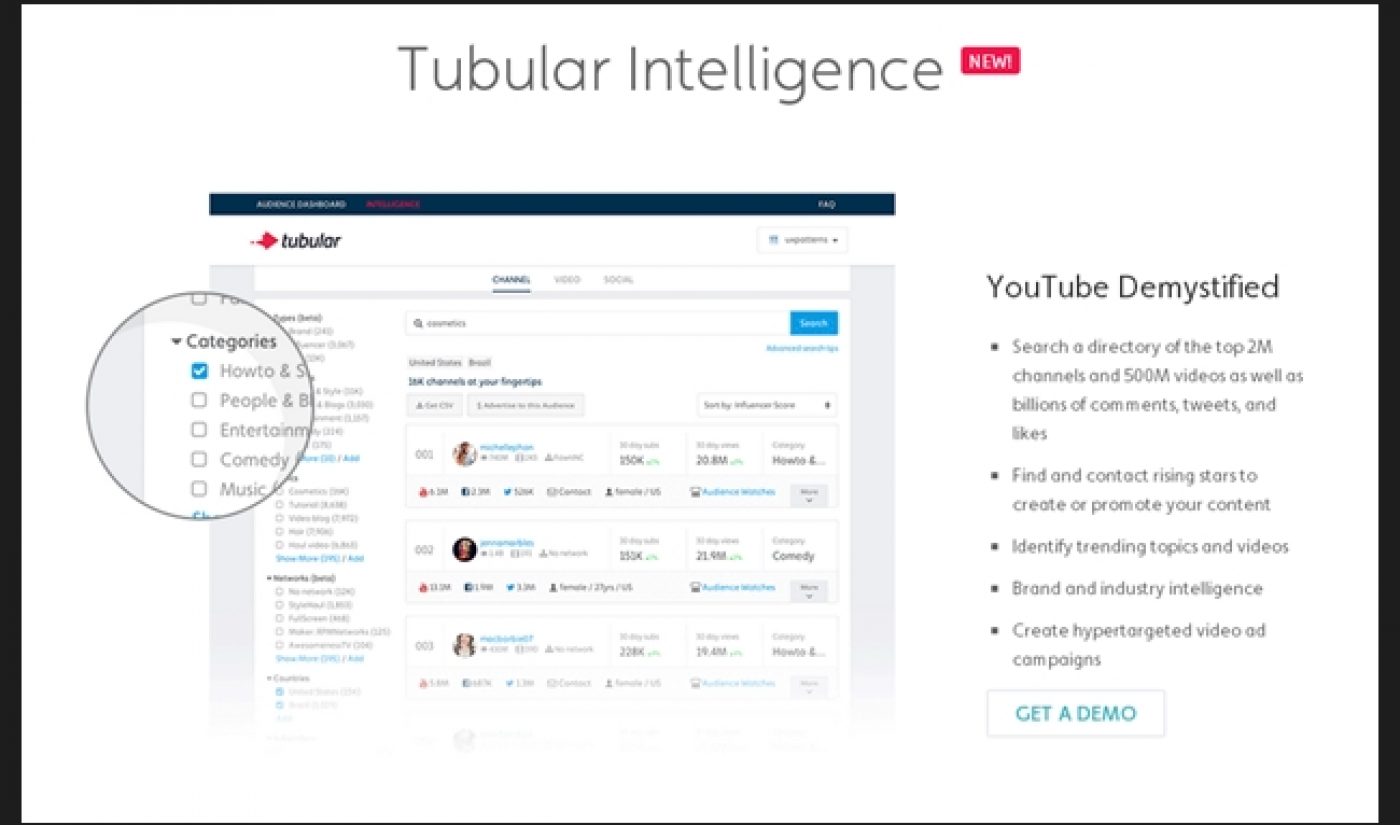 Tubular Labs has scored itself a big payday. The online video analytics company has raised an $11 million funding round led by Canaan Partners and has also launched a new product that provides online video intelligence for brands.

Tubular’s latest funding round brings in its largest windfall to date. The company first came onto our radar in 2012, when it scored a seed round led by former Machinima CEO Allen Debevoise. Later that year, Tubular closed a $3.15 million funding round, which also included a number of YouTube big shots as investors. The new Series B round includes contributions from FirstMark Capital and Lerer Ventures.

Fresh off the funding round, Tubular has launched Tubular Intelligence, which will help brands find relevant YouTube channels and creators they can collaborate with and run advertisements against. “As the $300 billion television market moves online, it fragments exponentially. Video is delivered in varying lengths across an ever-increasing number of devices, apps, social networks, and ad formats. Publishers and marketers have had trouble making sense of it all,” said Rob Gabel, founder and CEO of Tubular Labs, in a press release. “For the first time, Tubular Intelligence demystifies the black box of online video, instantly identifying the video content, creators, conversations and competitors relevant to your brand.”

Tubular Intelligence joins the company’s main analytics platform, the Tubular Audience Dashboard. That product has proven particularly popular, with Maker Studios, Vice, AwesomenessTV, Seventeen, and Jamie Oliver among its users, and tubular now has the cash it needs to build its brand even further.