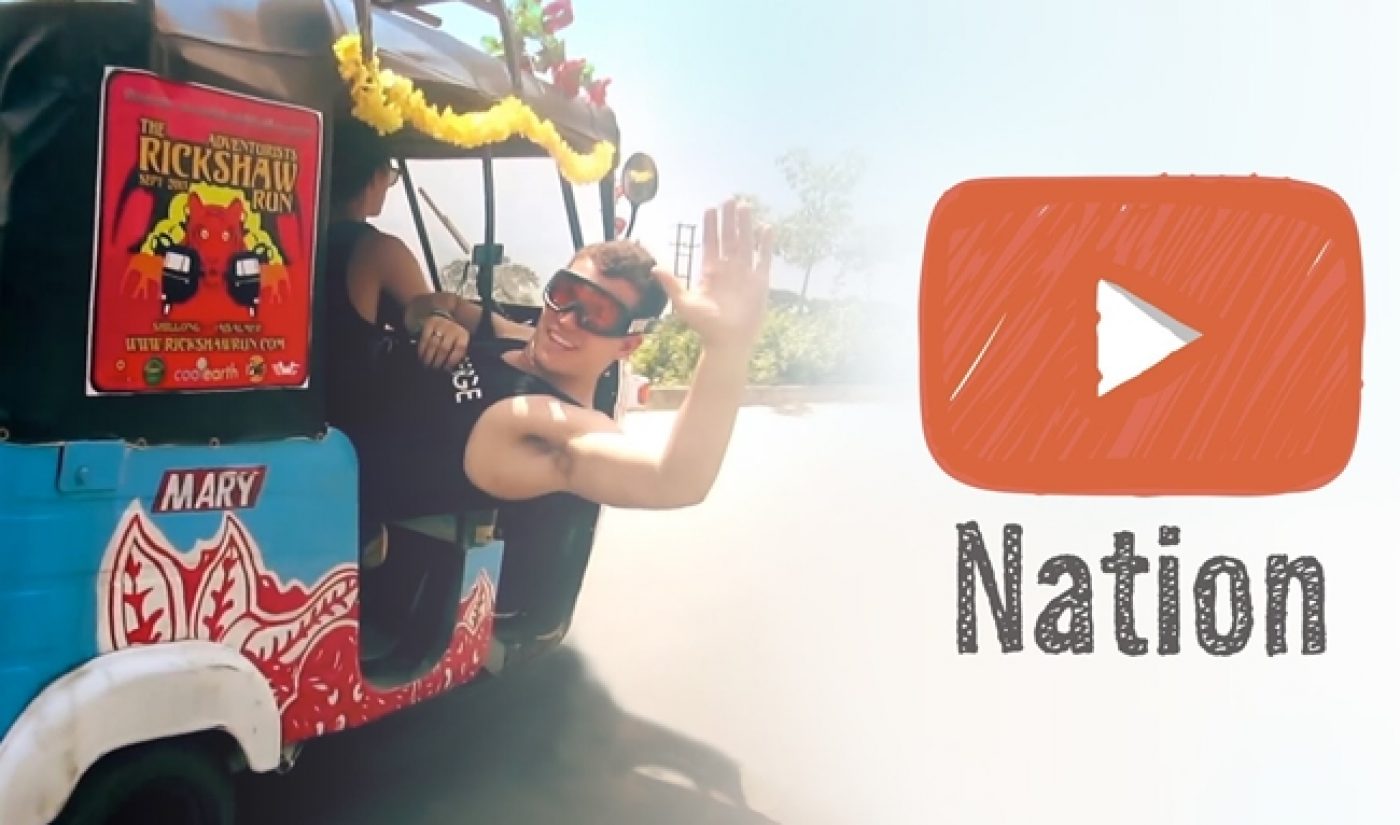 YouTube Nation is bringing viewers the best clips its parent site has to offer. Three months after it launched, YouTube’s daily run-through of notable videos already has more than a million subscribers, thanks in part to its regular position on the YouTube Spotlight channel. Despite early success, YouTube Nation’s creative team is still constantly tinkering. We talked to Executive Producers Steve Woolf and Zadi Diaz about the creative process that goes into YouTube’s hottest new clip show.

Tubefilter: Why do you think YouTube Nation has been able to gain new subscribers so quickly?

YouTube Nation: We’re obviously thrilled and grateful that so many people have subscribed so quickly. And we’ve been around long enough to know better than to take it for granted.

The shows we’ve made have had very consistent curation and production quality, and the team has made a point to keep the light on the videos and creators we’re featuring, not on ourselves.

TF: When YouTube Nation launched, some people in the industry were skeptical, because there are so many other shows offering a similar rundown of top trending videos on YouTube. How do you think YouTube Nation has been able to make itself stand out from this crowd?

YN: There’s a lot of room for great curation of all kinds on YouTube. One thing that makes us different is that our point of view is always celebrating the human spirit in the videos we curate.

We’ve made a deliberate effort to showcase a broad spectrum of stuff, not just trending videos. One incredible stop-motion animated video we recently featured was from a channel with just four subscribers. Many times we’ve highlighted videos that have only dozens or hundreds of views that we think deserve a wider audience.

YouTube Nation has an obligation to present the videos that everyone is talking about, but we also strive to be the experts of the content library. That means surfacing the gems that might get missed, identifying awesome new creators as they are just getting started, and revisiting classics that newer generations haven’t yet seen.

It’s a daunting task when you consider the scale at which YouTube operates, but so far that approach seems to be resonating with the audience.

TF: Has your approach to the production of YouTube Nation changed since it launched three months ago? If so, how is the show evolving?

YN: The overall mission hasn’t changed, but we’re always tweaking and testing and making adjustments to the show, our playlists, and the channel.

From things as subtle as shooting handheld versus a camera on a tripod, to drastic format departures (check out some of the Saturday shows), to special one-offs that are both zeitgeist-based and thematic, we’ve instituted a system of experiments large and small that we’re using to gauge the audience’s reaction to new things.

We watch metrics in areas like audience retention, demographics, shareability, and engagement. Once we find something that moves the needle in the right direction, we work to incorporate it into the machinery of daily production.

The nice thing about a daily show is that if something doesn’t work one day, there’s another show the next. You file it away and move forward.

TF: How do you choose which videos to feature on the show, and how long does this process take?

YN: We have a team of four curators who have a ton of expertise in video and operate with well-defined processes. They are constantly monitoring their feeds and their sources for stuff that’s emerging, as well as calling upon their knowledge of videos they’ve seen in the past.

The time it takes to curate the daily show varies, because we’re mixing topical and evergreen videos, and thinking ahead to special events or editorial calendar dates of significance. It can take the better part of a day to have a pool of great videos ready for our daily pitch meetings.

The pitch meeting happens every morning — a couple dozen videos are brought into the room and over the course of an hour we debate their qualities against each other and against the overall mission of the show. The ones that fit that day’s show get written for shooting the next morning.

The pitch meetings are pretty special. It’s rare to be in a room full of people having such thoughtful and insightful points of view about video. It makes you realize how difficult it is to consistently make something that a lot of people want to see.

TF: Do you get any input from YouTube higher ups regarding which videos or creators to feature? If so, how much?

YN: YouTube isn’t involved in the day-to-day editorial decisions. But happily we all spent so much time developing this project together that we’re very much on the same page when it comes to the high level editorial goals.

TF: When creating YouTube Nation videos, how much of your focus is on uncovering new videos vs. putting together a slick, entertaining show that fans will enjoy?

YN: Curation is the heart of YouTube Nation. The shows we make are only as good as the videos we feature, so it all starts there. But if you don’t deliver the videos well, you’re not doing your audience or the creators any justice. So the production of the show is incredibly important.

It involves a super-efficient rights and clearances team, story producers who know how to get to the heart of a video and thread together the key additive information, producers who give everything a shape, structure, and rhythm, a host that can handle everything from hard news to cat videos, and a post-production team that makes us all look good. Not to mention a channel manager and social media director that actually gets these shows to our audience.

But it all comes full circle back to curation. Our curators spend a huge amount of time making playlists.  Those playlists drive meaningful viewership on the videos of other creators and give the project a depth and dimension that help set us apart.

YN: Definitely. Paul Dateh and Shameless Maya have guest hosted for us, and there have already been more guest segments than we can remember!

TF: For YouTube fans who aren’t yet watching YouTube Nation, why do you think they should start?

YN: We want them to watch so they can tell us what videos we’re missing! Seriously, a ton of stuff comes in from our audience that we feature in the show every day.

Anyone who’s just too busy to stay on top of the vast, incredibly rich world of YouTube can get something out of checking in with us for four minutes a day. They can get to know the team that finds all these videos, because they are the ones presenting them alongside Jacob.

TF: What’s next for the channel? Do you plan to expand YouTube Nation beyond its flagship show?

YN: In the near-term we’ll continue to iterate the show and run tests. Many of those tests will be programming in specific genres and categories to see how effectively we can engage and serve those audiences. If something clicks, and it makes sense to do it, we’ll look at how we can expand our content offerings to help curation and discovery in those areas, definitely.