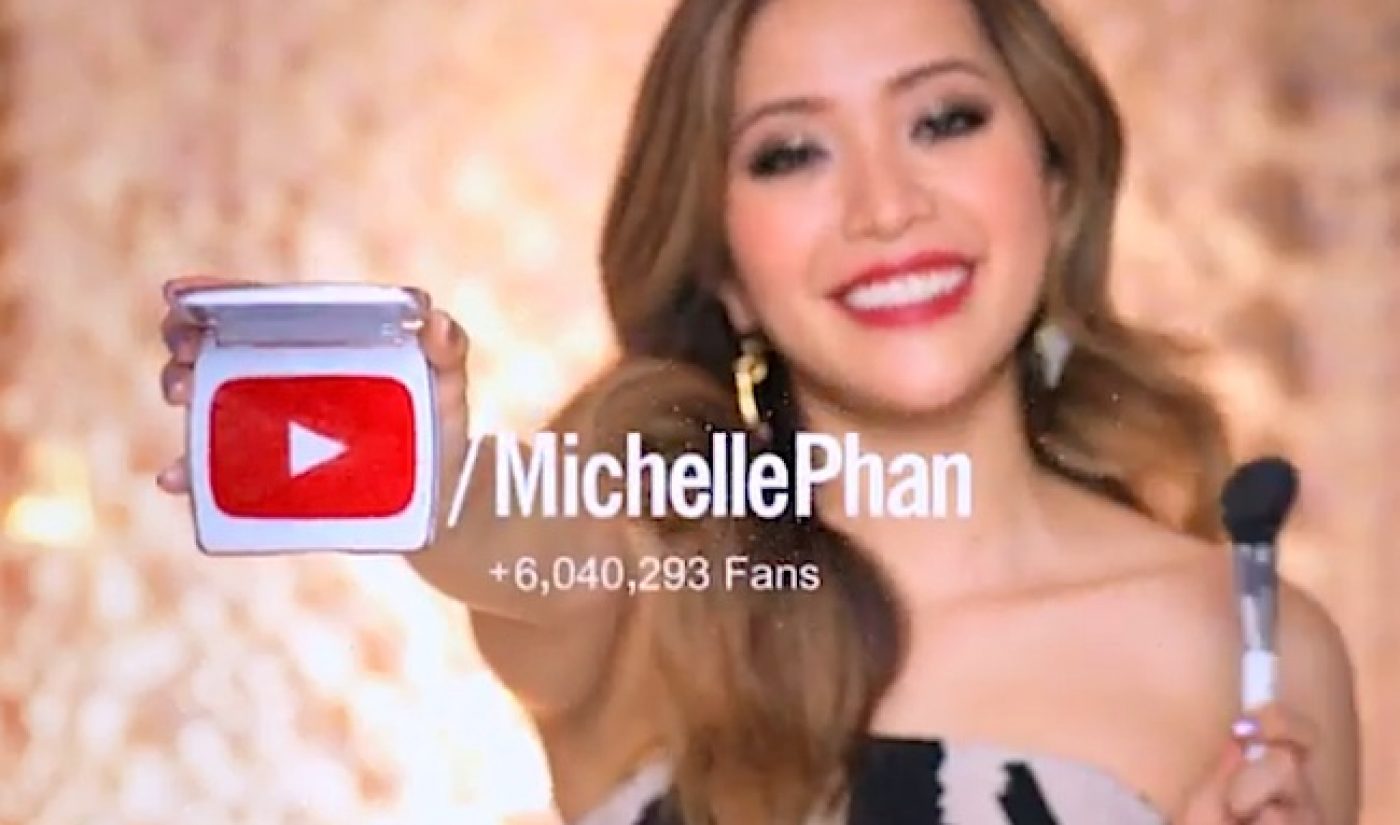 YouTube’s first high profile and multi-platform advertising campaign to feature a select few of the video sharing site’s most prominent creators made its print debut on the New York City subway system in early April 2014. Less than a week later, during the 2014 MTV Movie Awards and AMC’s Season 7 premiere of Mad Men, the campaign made its debut on TV.

YouTube beauty and fashion gurus Michelle Phan and Bethany Mota and cute and kitschy chef extraordinaire Rosanna Pansino each appeared in her own dedicated 30-second spot during the commercial breaks of the major cable television events.

All the ads showcased clips from each creator’s very own videos, along with a few seconds of new footage of each young woman holding a YouTube logo of some sort before the screen cuts to white and displays a feel-good, inspirational phrase (again with the use of the YouTube logo) unique to each creator. Phan’s phrase reads “You help us make up who we want to be.” Mota’s reads “You make confidence THE must-have accessory.” And Pansino’s reads “You make it sweet to be yourself.”

Needless to say, fans who unexpectedly saw some of their favorite YouTube stars on television were pleasantly surprised.

While other individuals and soon-to-be (or instant) fans were intrigued.

Wait a minute, who cares about #MadMen… Who is Rosanna Pansino and where has she been all my life?? — Peter Stringer (@peterstringer) April 14, 2014

Phan, Mota, and Pansino’s television spots are set to air during other popular and teenage-oriented programming in the coming weeks. The YouTube campaign is the first time Mota and Pansino have been in their very own TV commercial hawking their own brand, but it’s the second time around for Phan. The one-of-a-kind twentysomething appeared on television ads drinking Dr. Pepper back in early 2014.