Tyler Oakley’s Prizeo Campaign For The Trevor Project Tops Out At $525,679 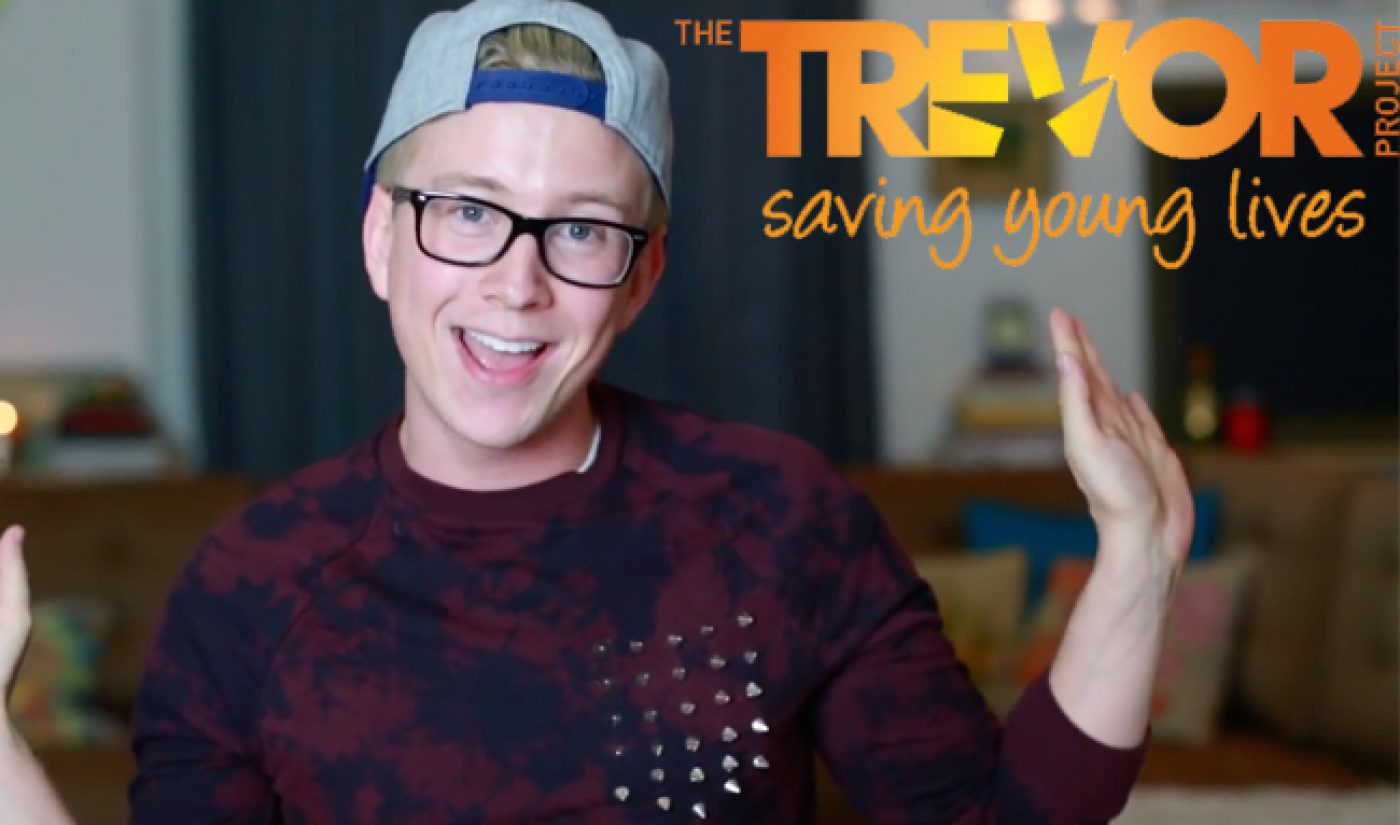 April 2014 got off to a great star for The Trevor Project and Jillian from Canada. The former is “the leading national organization providing crisis intervention and suicide prevention services to lesbian, gay, bisexual, transgender and questioning (LGBTQ) young people ages 13-24” and the latter is a big fan of the YouTube phenomenon that is Tyler Oakley. And both of them are big winners in the Win A LA Date With Tyler Oakley & Support The Trevor Project Prizeo campaign.

Oakley activated his more than 4.2 million YouTube subscribers, 2.1 million Twitter followers, and 1.1 million Facebook fans by way of social media and weekly live streams over the course of a 45 day campaign and encouraged them to donate a portion of their disposable income to The Trevor Project. Each donation was accompanied by a gift and entry into a contest, in which one individual would win a trip to LA to grab a bite to eat with Oakley.

When the campaign ended, Oakley surpassed his half-a-million dollar stretch goal, The Trevor Project went home with $525,679, and Jillian from Canada won plans for a hot date in LA with presumably one of her favorite celebs.

Thank you to EVERYONE who donated & helped spread the word to help us raise $500k+ for @TrevorProject. Can’t wait to send out rewards! <3

For all those that contributed to the good cause and are awaiting their various prizes and perks, Oakley reminds you to be please be patient, as and they could take up to 12 weeks to deliver. That may or may not include the video of Oakley making out with fellow YouTube superstar Troye Sivan.

Sivan kinda sorta jokingly said on one of Oakley’s live streams that he and Oakley (who are collectively known to their fan bases as “Troyler”) would kiss if the campaign ever surpassed $500,000. The special moment between friends hasn’t happened yet, and some of the supporters are restless, while others are reminding those restless ones they all just raised a ton of money for a great cause.