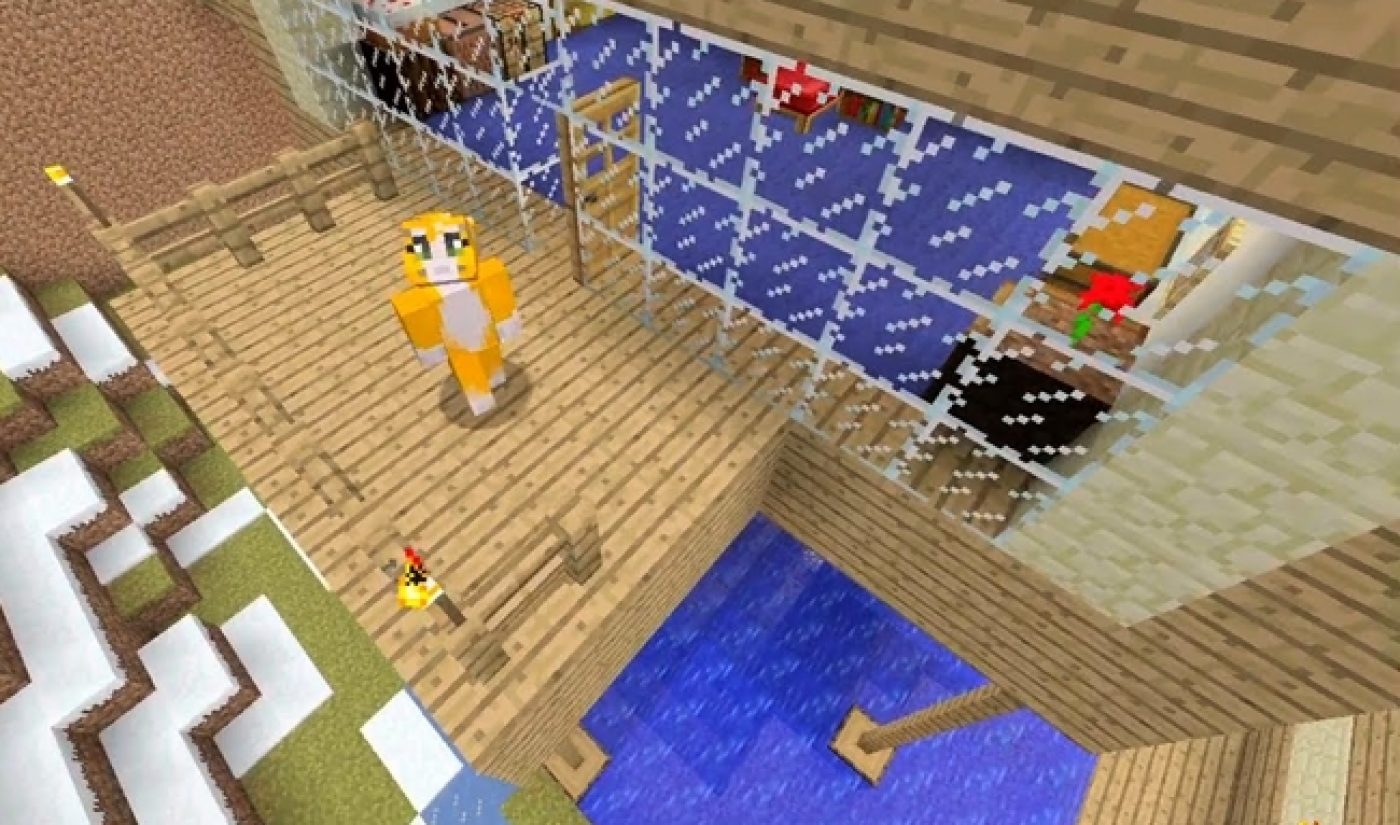 Joseph Garrett currently runs one of the most popular YouTube channels in the world, and he’s going to try to use his influence to teach his fans. The Brit, who goes by Stampylonghead on YouTube, announced at MipTV that he will launch an educational channel alongside his partner network, Maker Studios.

Garrett is one of the most popular Minecraft players in the world. After launching his channel in hopes of becoming a gaming journalist, Garrett began playing Minecraft in May 2012, with his signature cat character named Stampy serving as his calling card. While he still plays other games on his channel, Minecraft has become his bread and butter.

Over the past couple of months, Stampylonghead has been one of the hottest channels on YouTube. In our most recent weekly charts, it placed as the fifth most viewed channel on YouTube, scoring more than 35.7 million views in just seven days. Overall, Garrett has amassed more than 800 million views and accrued more than 2.2 million subscribers.

While the exact nature of the educational channel hasn’t been revealed, it promises big-time advantages for all involved. Stampy is one of the most kid-friendly Minecraft channels on YouTube. In sharp contrast to the volatile PewDiePie, Garrett doesn’t swear in his videos, maintains a cheerful personality, and talks to the camera in a clear and steady tone.

This polished image makes him a parent’s best friend and the perfect ambassador to help bring the Minecraft community into the classroom. Since Minecraft is such a hit with the kids, educators are currently looking for ways to use it as a teaching tool. Programs like MinecraftEDU have emerged to help apply the game’s mathematical and scientific elements to an academic setting. Garrett’s new channel can aid those endeavors by attracting millions of young fans.

For Maker Studios, Stampy’s new channel will serve as a kid-friendly endeavor that will please the network’s new bosses at Disney. It is also likely to generate tens of millions of views, which will make everyone involved–Garrett, Maker, Disney, and the Minecraft community–very happy.