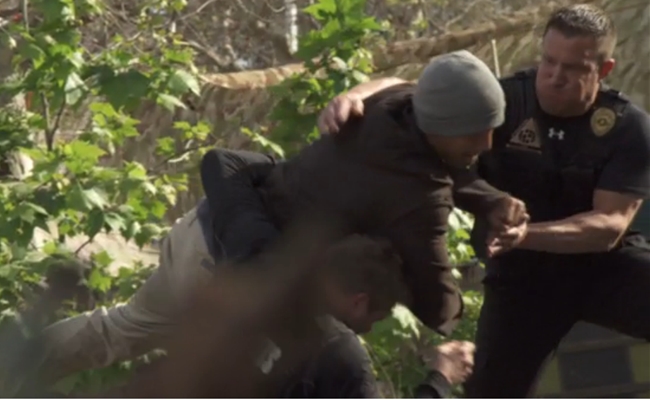 Jump Outs takes its name from the “Jump Out Boys“, a group of elite police officers who will feature in the show. They will attempt to track down three groups of contestants, each of which are trying to transport an “amulet” across an abandoned neighborhood.

The series is produced by SXM, which previously helmed web series like Easy to Assemble and Fact Checkers Unit. This time, the company is taking aim at “young adult audiences who’ve grown up with YouTube,” according to SXM CEO Tom Bannister. “We want Jump Outs to have the irreverent feel of a videogame like Grand Theft Auto, with hip-hop music, but with a structure which is recognizable enough for a TV format and an online sensibility,” he added.

On Dailymotion’s end, Jump Outs represents the latest addition to a growing number of half-hour web series slated for release on the platform. Dailymotion recently pledged at least $3 million to a group of “passion projects from interesting people,” and Jump Outs represents the sort of TV-style content that fits within that initiative. “The SXM team is amongst the best in the business, so we’re thrilled to team with them on such an innovative project like Jump Outs and to bring it to our platform,” said Roland Hamilton, managing director of Dailymotion US.