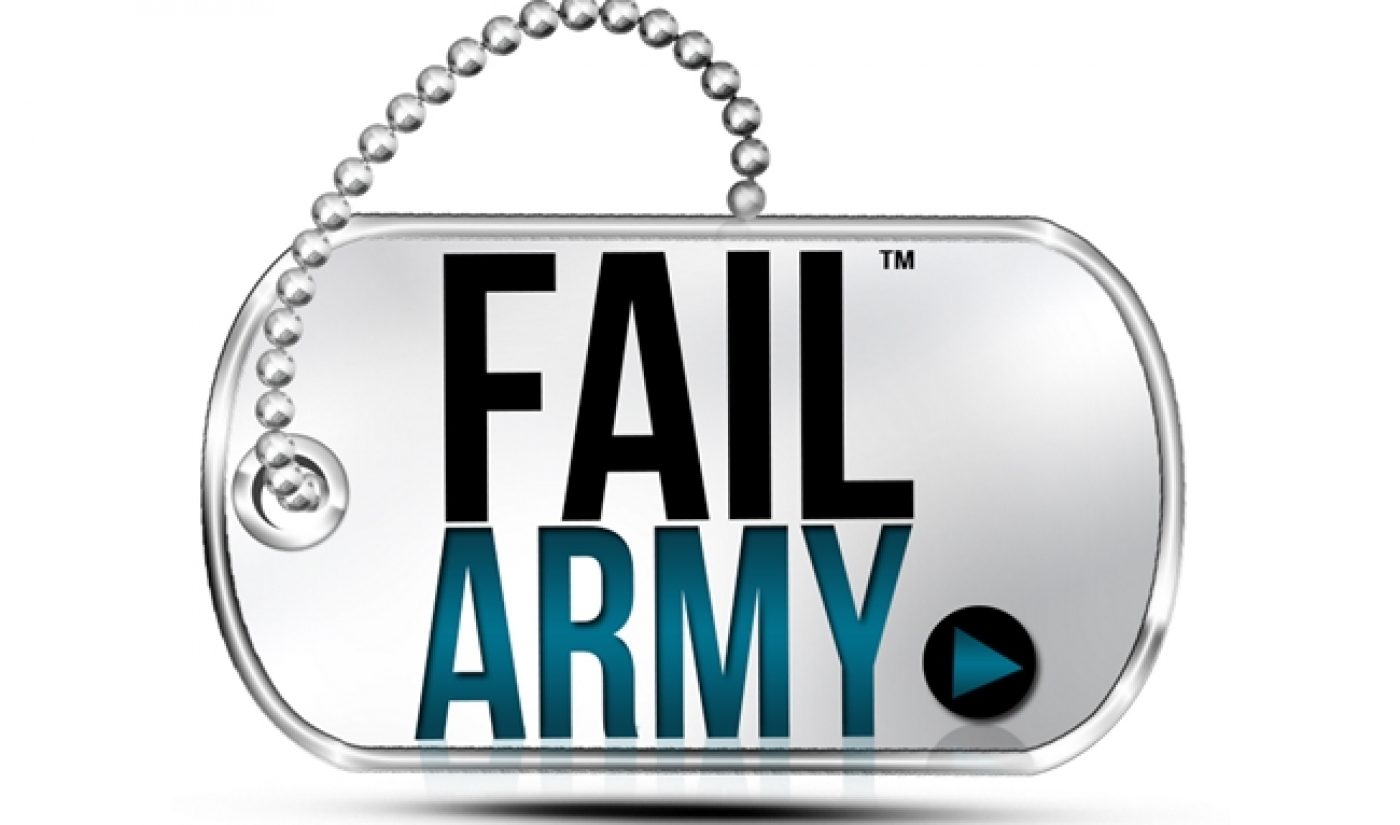 The latest YouTube channel planning a move to TV is FailArmy. The YouTube channel that collects viral video fails will be shopped around international TV markets with the help of Dick Clark Productions and Jukin Media.

Since launching in July 2011, FailArmy has become one of the most popular channels on YouTube. It currently has more than 4.8 million subscribers and over 827 million views. The channel gained 44 million views in February 2014 alone, making it the 76th most viewed channel on YouTube in that month.

The channel culls videos from its fans, encouraging its “FailArmy Nation” to submit the fails they want to see featured.

Dick Clark Productions will shop FailArmy to international TV channels through its recently-launched dcp international division. The TV series will take the form of 20 half-hour episodes that will “capture the spirit of FailArmy,” according to a press release.

“An ouch is still an ouch in any language and that is one of the reasons why FailArmy performs extremely well globally with more than half of our web traffic coming from outside the U.S,” said Jukin Media Founder Jon Skogmo. “By partnering with dcp and making FailArmy a true pan-platform show, we are able to bring our loyal global viewers the fails and funny videos they love while reaching new, television audiences.”

Viral video content has managed to carve out a niche on TV. America’s Funniest Home Videos has run for 24 seasons, while more recent debuts like Tosh.0 and @midnight have secured audiences of their own by riffing on funny videos. Through FailArmy, dcp and Jukin Media hope to give the rest of the world its own fair share of satisfying schadenfreude.