How The Fine Bros. And Friskies Won April Fool’s Day 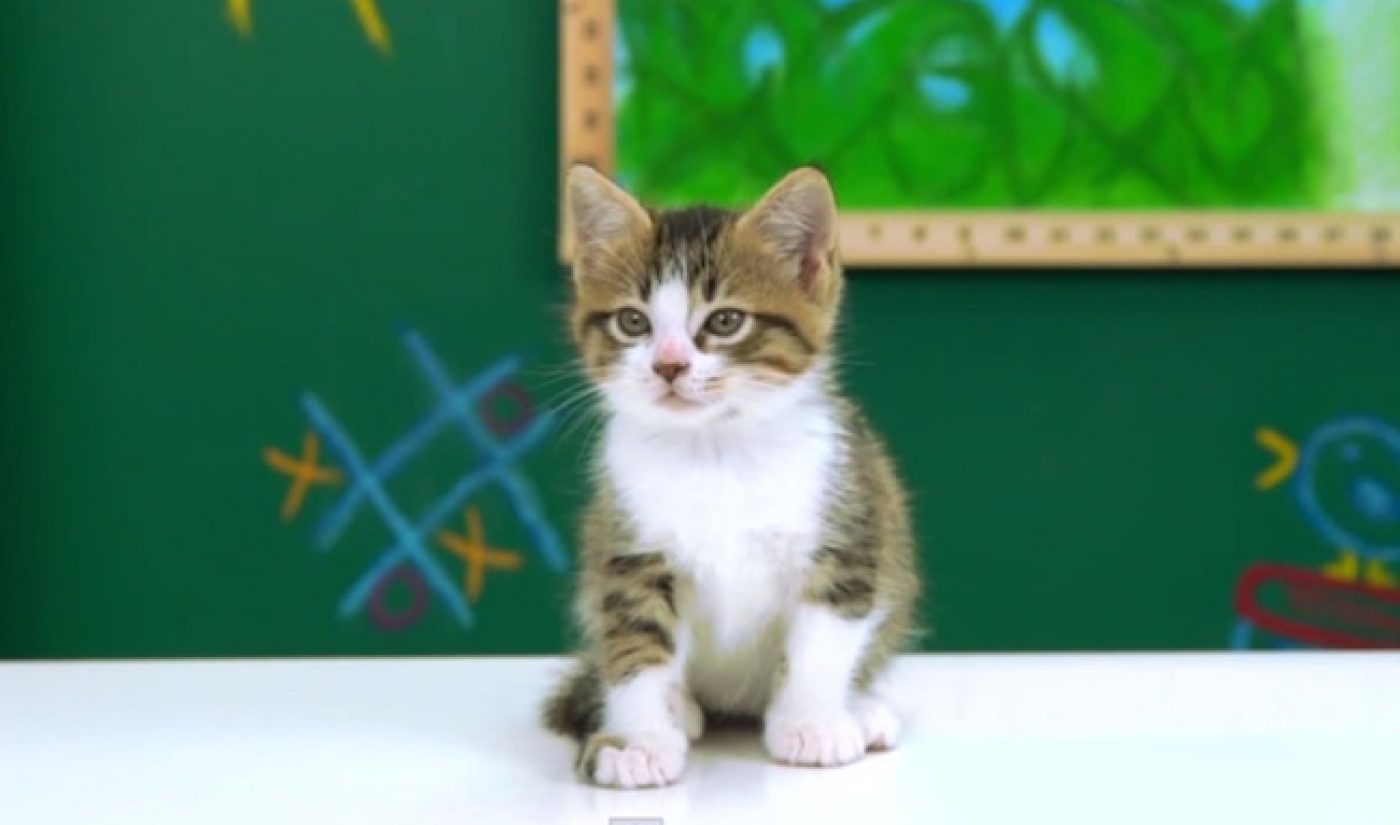 If you don’t count this video from Defy Media’s Prank It Fwd campaign that was released on March 31, 2014 and features a waitress with a heart of gold receiving a $1,000 tip, two tickets to Hawaii, a dream job offer, and a new car, The Fine Bros. have the most watched April Fool’s Day video on the internet (beating out YouTube’s very own entrant into the April Fool’s Day video fray).

Cats React To Viral Videos is Benny and Rafi Fine’s latest spoofy spin on their incredibly popular React online video franchise (which now boasts a Kids, Teen, Elders, YouTubers, and possibly even a television version). Like the name would lead you to believe, Cats React To Viral Videos features cats, kittens, and prominent YouTubers Captain Sparklez, Lisbug, and Jacksfilms dressed like a cat or kitten watching and then responding to a variety of popular online video ephemera.

Over 100 thousand likes on Cats React! We can't believe it! Thanks for the love and thanks again to @Friskies! http://t.co/yYncJA2yrJ

And if the shoutout in the above tweet didn’t give it away, Friskies is very happy about the stats, too.

Cats React To Viral Videos is a seamless extension of the Fine Bros. React property, so you can’t be faulted if you missed the logo at the end of the upload and the fact the video was brought unto the internet with the help of a savvy brand.

“The Fine Bros are some of the top video creators in the world today and have never integrated a brand partner into their React franchise before,” Shaun Belongie, Senior Brand Manager at Friskies, told Tubefilter. “But with a video like Cats React, it felt like the perfect opportunity for Friskies and the Fine Brothers to collaborate.”

The Cats React clip is just the beginning of Friskies’ newfound online video strategy, which is being spearheaded by video advertising agency REACH. We recently caught up with REACH’s Head of Digital, Marc Hustvedt (who, in full disclosure, you may know as being one of the founders of Tubefilter) to ask him about the campaign and how it came to be.

Marc Hustvedt: We’ve known The Fine Brothers for a long time, as have loyal Tubefilter readers. They’re consistently one of YouTube’s top creative teams for original content and are experts at driving super engaging, sharable video.

When we sat down with the The Fine Bros. to explore branded partnerships, we all thought April Fools would be the perfect time to have some fun around their Kids React series—by replacing the kids with cats of course. Instantly we thought to bring this Cats React concept to Friskies, and the brand loved it.

TF: What were your expectations for the video?

MH: You never know how something new is going to be perceived by an audience, even a loyal and engaged audience like that of The Fine Bros. And especially when it’s playing with their core React format, with its very popular four horsemen of their franchise (Kids React, Teens React, Elders React and YouTubers React), there’s always risk. So while we knew there was a baseline amount of views and engagement to expect, this already has blown away our expectations.

TF: How much did the collaboration cost?

MH: I Can’t comment on this due to confidential nature of the deal, but it was a paid partnership. I can say that we used professional cats and that we invited the Humane Society on set to make sure all of our kitties and cats were treated well.

TF: How does this fit into Friskies’ online video strategy?

MH: Friskies already is an active part of the YouTube community, and a very playful and fun brand to work with—they have a Lebron James-style endorsement deal with Grumpy Cat! And there’s a lot more coming this year in terms of creative ways to engage cat lovers on YouTube. Hint hint, the top cat video awards show The Friskies are coming this summer and will be more participatory than ever.

If you liked Cats React To Viral Videos, you can check out those Grumpy Cat collaborations and more of what the Friskies has to offer in terms of online video right here.