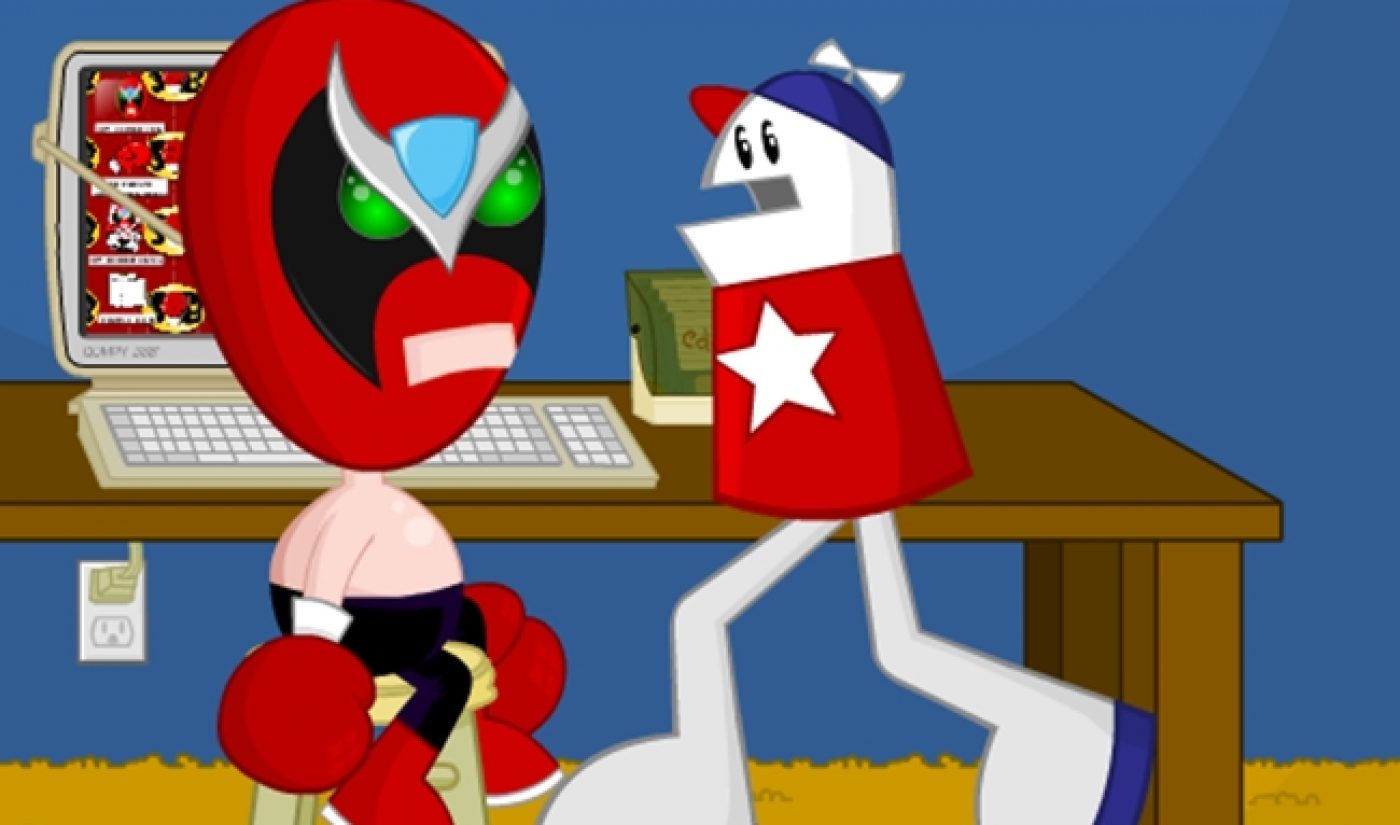 It may be April Fools Day, but this story is no joke: Homestar Runner is back. The humor/animation website has released its first new video since December 2010.

Mike and Matt Chapman’s creation was one of the first great web series, scoring millions of views back when YouTube was nothing more than a gleam in Chad Hurley’s eye. Fans fell in love with the dim-witted-but-loveable Homestar Runner, the nefarious Strong Bad, and the rest of the characters in Homestar’s colorful, goofy world.

Homestar Runner has maintained a strong fan base since its last update, with viewers reliving their favorite ‘toons and Strong Bad E-mails through the site’s old video portal (It also has an established YouTube presence.)  Despite continued adoration, it seemed as if Homestar would never run again.

That changed on April 1st, when visitors to the Homestar Runner website were greeted by the titular character. They were then treated to the first new cartoon in more than three years, which included a visit to Homestar’s art gallery and a cameo from Strong Bad, who teams up with Homestar to record some custom Windows 98 startup noises. You’re welcome to download those jingles and send them to anyone who is unlucky enough to still use Windows 98.

Fans hoping the update ushers in a new era of Homestar Runner cartoons should not get their hopes up. In the video’s finale, Strong Bad comments that he and Homestar should return again down the line. “You know, like five, ten, fifty [years], whatever it takes.” I won’t hope for another update and will instead let The Brothers Chaps pleasantly surprise me again sometime in the future. In the meantime, there are plenty of Teen Girl Squad episodes to re-watch.