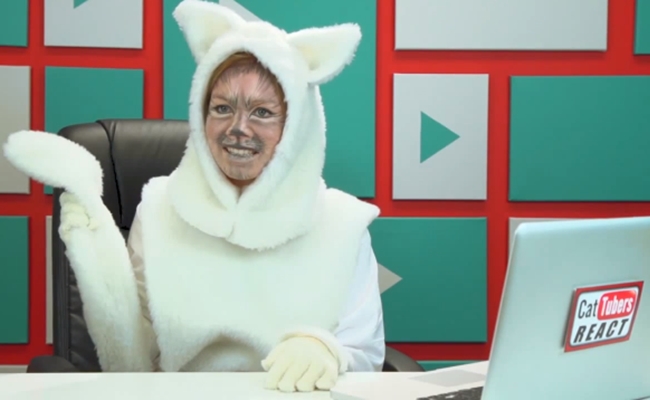 April 1st marks one of the biggest “tentpole” events on YouTube, as the site joins its community in thinking up clever April Fools Day pranks. This year was no different, and we’ve collected our seven favorite entries.

On April 1st, it’s hard to tell which developments are legit and which ones are fiction. Rhett and Link helped viewers spot some of the best pranks from across the Internet on the most recent episode of their Good Mythical Morning show. Let’s all thank them for rounding up the jokes so that we don’t have to.

Element Animation helped Minecraft players have some fun on April Fools by creating a resource pack that turns all player characters into dim-witted ‘villagers’. Several members of the Minecraft YouTube community have already had plenty of fun with their new toy.

The channel that once brought us a hugely viral advertisement for the Melbourne Metro has returned with a short bonus clip reminding viewers to be careful with their April Fools pranks. I don’t think this one will get 76 million views, but it’s a fun little ad.

4. 6 Mischievous Tips and Pranks by The King of Random

There are people out there who want to use April Fools for actual pranks instead of light-hearted comedy. Those rabble-rousers should meet “King of Random” Grant Thompson, who has shared six potential pranks with his viewers. The “electrical tape over the TV remote LED” trick is particularly clever.

3. Cats React To Viral Videos by The Fine Bros

The latest spin on the React series is pretty self-explanatory (and sponsored by Friskies). Captain Sparklez, Lisbug, and Jacksfilms all show up before the video is over, but the main attraction is obviously the kitties.

Break’s Prank It Fwd continued on April Fools Day with another “positive prank” meant to brighten its victims’ respective days. This time, Break enlisted epic Honest Trailers voice Jon Bailey to take orders at a drive-thru window. As a reminder, Break will donate a dollar to DoSomething.org for every thousand views this video receives.

YouTube has always owned April Fools Day. Last year, it revealed that the whole site is nothing more than a quest for the best video on the Internet. This year, the big shocker is that all the viral video trends we know and love were actually carefully engineered by YouTube itself. With that in mind, the site teased us on some of 2014’s biggest trends, including “Clocking“, “Glub Glub“, and “Kissing Dad“.

YouTube creators like The Gregory Brothers and Channel Awesome have supported the #NewTrends campaign by acting out some of YouTube’s proposed fads, while viewers are asked to submit their own ideas on Twitter. I think I have a few suggestions that could make the cut.

Did we miss your favorite April Fools video? Share it with us in the comments below and read all previous Countdowns here.